The time has come for part two of our tests for remote-controlled dart "drones". If you haven't checked out our write-up of the Badger, you may want to do that first so you're up to speed. We took that dart tank (really more of an APC) from Ignite Radio Control back to the store because there were just too many downsides to have it deploy in the field.

At the same time I found the Badger, the gents over at Bay Area Nerf got their hands on a VMD Cannon Commando

. Well, of course I had to check it out for myself. Up front . . . I plan to keep this one, even if it IS 20 bucks more than the Badger was.
The variable heights give you a wide range of angles to use. You have to set it manually, so that can be a drag in a moving situation. The fact that you can change the setting at all is nice though. It does give you some situational adaptability with how you can deploy it. 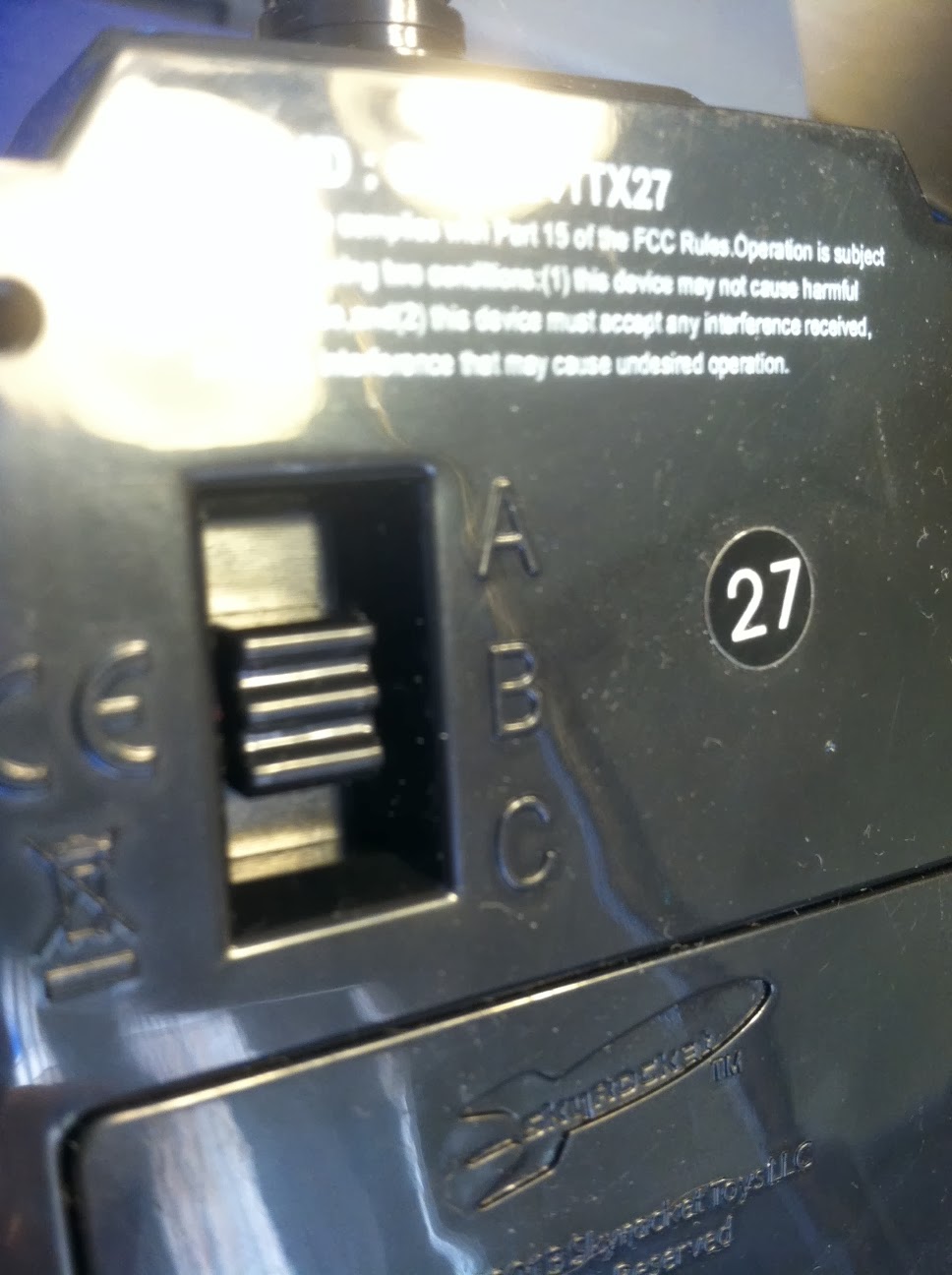 Three channels are available to switch to. That means that you can have three of these RC launchers on the field at once. Of course, this also means that you can switch to another channel while using one if you are getting outside interference. I don't see anywhere on the paperwork or box that it actually identifies the frequencies used though.

Of course, price can be a bit of an issue. You are dropping 60 bucks at K-mart (or 52 plus shipping on Amazon or Walmart) just for the drone. Then you still need to remember batteries. It's 6 AA batteries for the unit and 9 volt for the controller.

It's nice to be able to use external batteries. No waiting to power this thing up for 5 hours. It also was lasting a lot longer than 20 minutes like the Badger was doing. It's probably a good idea to carry extra batteries and a field tool kit though. You never know when power will go out on RC cars. Not to mention that tread can fall of of tracked vehicles like this. It's best to be prepared. 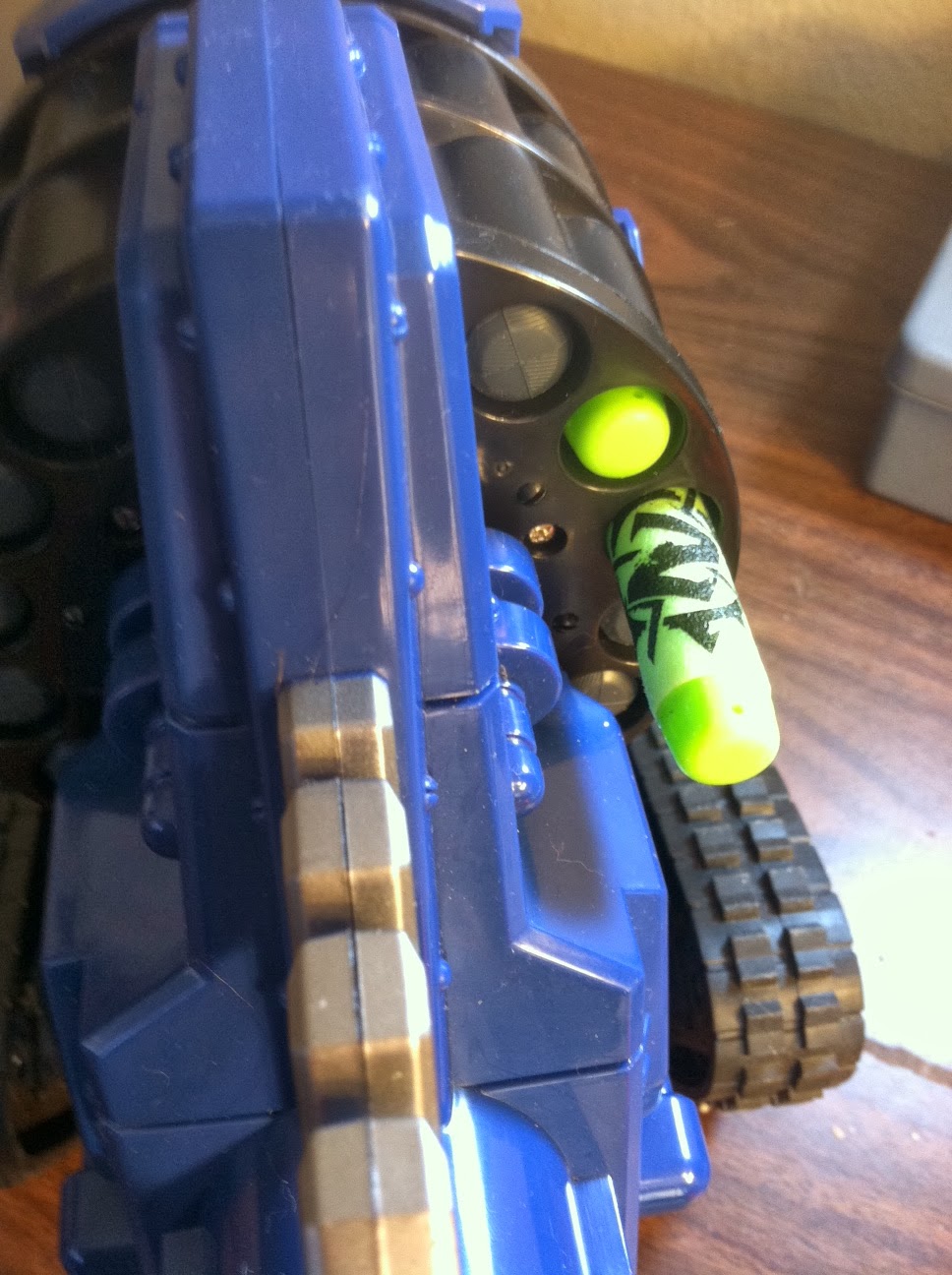 As far as shooting off the darts. You sacrifice speed for reliability here. Every time you hit the "FIRE" button, the inner workings rev up for a second and then fire. It will give a warning to your intended target this way.

Speaking of shooting, we started testing other darts in the machine. Zombir Strike/Elite darts seem to work just fine. Even streamlines were behaving well -or as well as they can be expected to. Don't plan on using whistlers or taggers thought. The extra rubber around their heads makes it impossible to place the it the chambers of the vehicle.

The native darts that come with the VMD Cannon Commando actually perform pretty well themselves. The makers also included 8 extra darts in the packaging. The packaging includes a note that you can call their customer service hotline for dart refills too. So if you insist on using the native ammunition, there are ways to keep it coming!

Of course, I couldn't resist another round of cat hunting now that I have another machine to try it out with. Don't worry, the cats are fine and got to eat right after this. How ever, I am in trouble with the camera person, a.k.a. my wife. LOL!


Bay Area Nerf points out that these deploying in the field could be a lot of fun if you think out the rules first. I agree. The sheer fun of fielding one of these things would be rewarding for a bit.  With the right rules, you may decide to keep it in game, too. However, be prepared to lose it, just like anything you play with. Anything could happen on the battlefield. Heavy feet could crush this toy in a heartbeat.

In the end. Most of these types of toys may be only novelties until they get a little more speed and a video screen on the controller. Of course, that means the price would climb as well. Regardless I plan to give this one a chance in the next war we line up. ~Chris 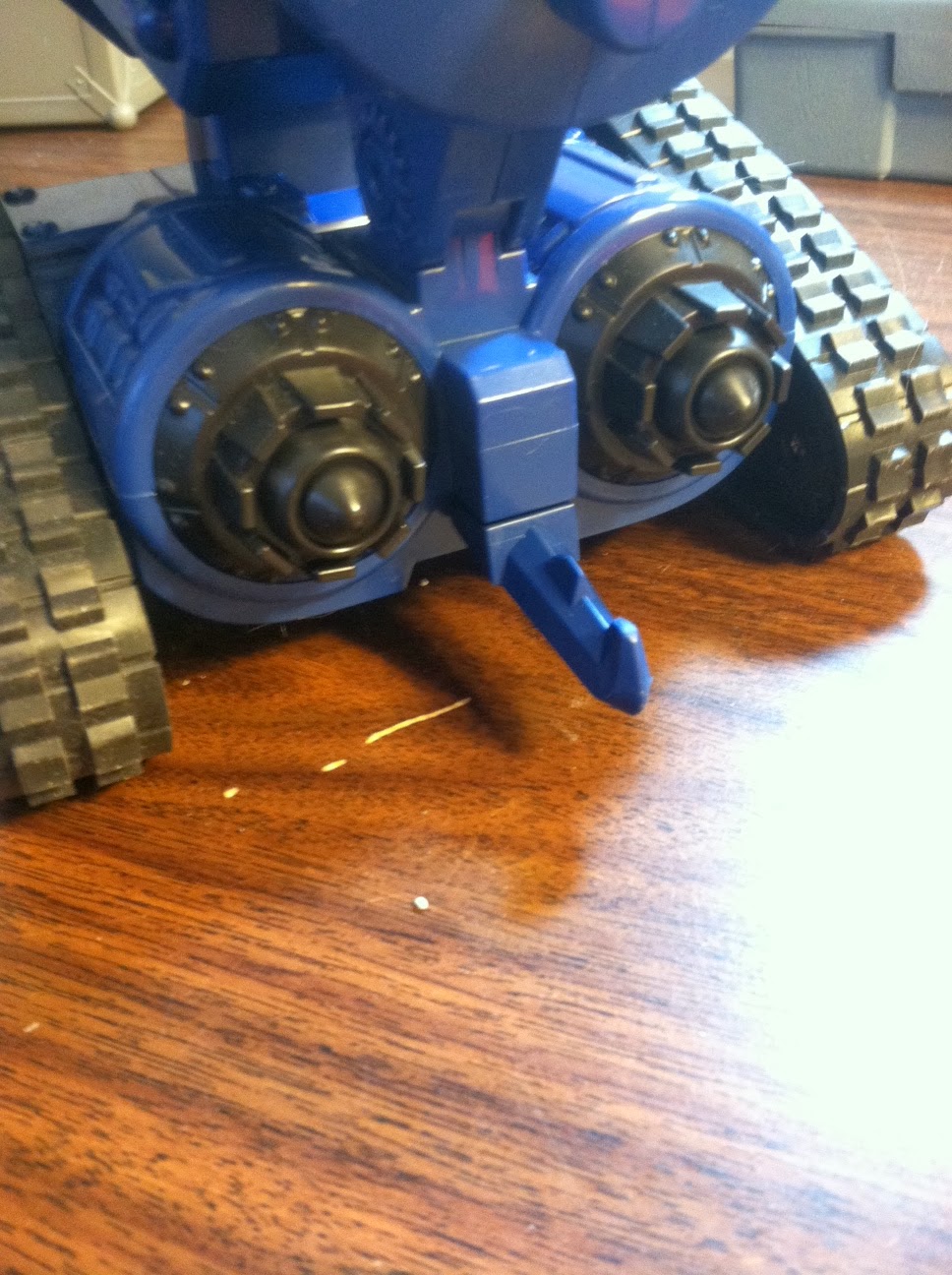 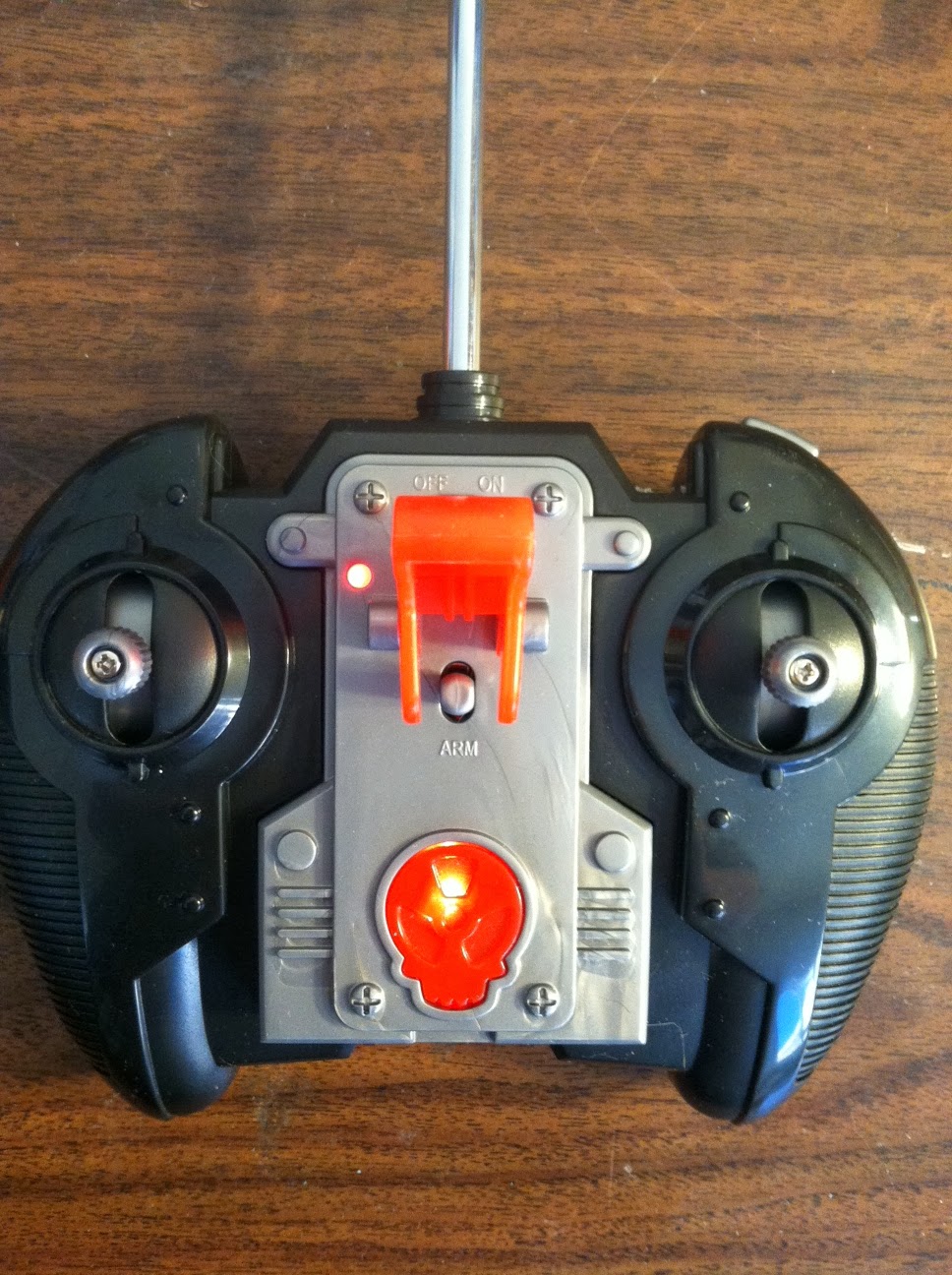