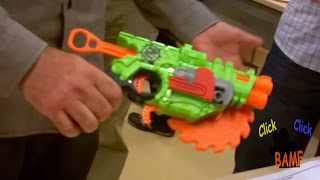 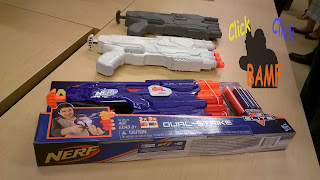 Oh, warriors! Meet one of the newest blasters revealed from Nerf. It's the NERF N-Strike Elite Dual-Strike. Heck. YES.

You can see here that the product is ready for merchandising and yes, it will be released for the Spring 2016 season. What that translates to is that you will possibly see them on shelves ahead of Christmas 2015 as some stores work to get their product out early. BTW, it's set for a suggested retail price of $19.99. 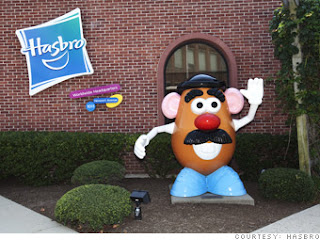 Warriors! We are on the eve of a really cool thing. Right now, I am on the way to Rhode Island to visit with the Nerf HQ team and several community contributors.

It's one of the few times that Nerf has brought in just fans off the street to view their facilities and we get to be a part of it! Granted, we aren't quite just "off the street". Several bloggers, youtubers and forum contributors were specially invited by the team to meet up at HQ to see and discuss the up and coming directions that Nerf is headed in.

There is a pesky little NDA (non-disclosure agreement) that stops us from leaking some stuff, but the PR team tells us that there will be plenty of tidbits that we will be released to share.

You may have seen some of the discussion in from our recent hangout with the Nerf HQ team the brought of some SUPER interesting possibilities for what we might see at tomorrow. Are there any burning questions that you are hoping to get the answer too?

Hit us up! ~Chris