EDITOR'S NOTE: You should only hear or read "nerf blaster" or "foam blaster" from Click Click BAMF venues in most cases. Nerf and competitors don't make guns. It's true, you can't really get around grouping these into the "toy guns" category, but as children grow older parents and communities can educated them on the differences. Banning "assault-style" toys will not solve the problems our society faces.

Warriors, you may have already seen the news circling around about this letter that a New York consumer watchdog group, Empire State Consumer Project, Inc., sent to Hasbro at the beginning of the month. The authors ask the Hasbro board of directors to "remove assault-style toy weapons from [their] product offering."

You can see the entire letter for yourself at the end of this article. Within the first paragraph of the letter, the two authors call the products appearing in a tv spot "extreme Nerf machine guns" and later deem them "emblems of mass destruction". I am impressed that these folks have undercut their own credibility so quickly. It usually takes these kinds of groups at least a couple of paragraphs to stretch their hyperbole to insane levels. The letter cites blasters from a recent Christmas commercial, none of which are automatic or represent any weapons of mass destruction. 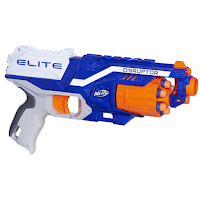 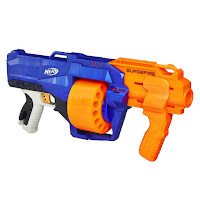 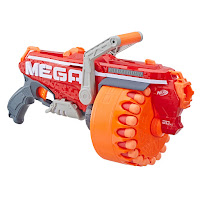 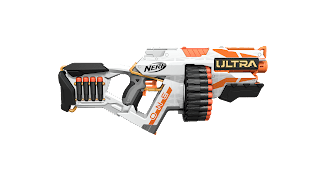 As several others in the community have also said, I thought it was a The Onion article or similar when I first saw some of the coverage on this. There are people with a bone to pick on either side of the debate here and there are varying levels of coverage. I encourage you to read the letter for yourself, because it's better to be informed before you form an opinion (see below). 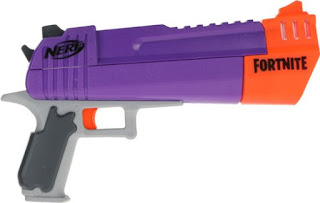 Speaking of a bone to pick, I have my own. I will say that I appreciate some groups who take issue with some of the styles Nerf has picked for their blasters. Don't get me wrong, I love me some nerf and other blasters. However, somewhere along the way, some of these blaster got a lot closer to the real thing.

Some of the Fortnite blasters have taken things over the edge. You can do you best to tell me how they are based off of a game, but several of the current Nerf Fortnite blaster get too close to the real thing for kids. We've lost a degree of separation. Is it earth-shattering? No! Am I all anti-Hasbro over it? No! But I do think it could get them into trouble down the road. Also, I feel that they have eroded a bit of the argument against the anti-gun activists. Not these anti-gun activists, mind you. However, there are people with reasoned arguments out there you could have a real conversation with.

Regardless, we aren't bothered enough to stop covering blasters or the fun we have with them. So next time someone says, "it's blaster not gun", remember why we keep some separation. This is why we don't paint blasters black and it's why many people don't like going full MILSIM in the community.

They'll likely never read this, but I want to reply and I want to focus on one question these two raise in their letter:


"How does promoting play with huge automatic weapons create joy, creativity and connection around the world, and across generations, and make the world a better place for children?" 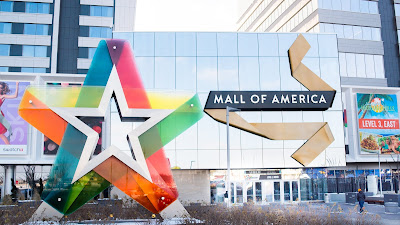 Unfortunately, I don't think I can get a team up to Minnesota in time for the Grand Opening. In fact I'm writing this from Florida between work trip duties. I'm really stoked to check out the new digs soon, though!!
Posted by Click Click BAMF at 6:58 PM No comments:

EDIT; Important note: a big thanks to Foam From Above for providing the sample for me to use in Colorado!!


I'm using the #nerf #ultra one and there's nothing you sissies can do about it! Thanks to @foamfromabove for the hookup at CU HVZ! #hvz
A post shared by Click Click BAMF (@clickclickbamf) on Nov 22, 2019 at 10:58pm PST


Yes, that's right. I ran the new Nerf Ultra One in an HvZ lock-in scenario and I couldn't have been more pleased for the first time out. The ultra darts hit nice and hard and the distance was super-consistent, just not 120-feet consistent. Please realize that the claims made on the box are generally pulled from the most "favorable" conditions. This has been true since before N-Strike was even a thing. Don't buy the rhetoric from those that would have you believe there is something new or nefarious about the marketing tactics.

A friend should be hooking me up with some secondary footage soon and I hope to bring you a little video of the HvZ experience we had. Before then, I had some thoughts on the reaction to the Nerf Ultra One and some of the misplaced vitriol running around online. 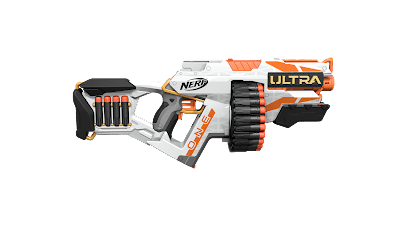 Warriors, don't be misled. Ultra is not the evil thing that some Youtubers and loudmouths in the nerf "community" would have you think. Nerf has been and will continue to be putting out new lines of blasters and attempt to move the market in their favor. This means trying new things, building in new proprietary tech, ammo and accessories, as well as marketing the most extreme claims they can on performance.

Also, Hasbro will pass on some costs for development in their initial designs. It's always a question of what price the market will bear. Yes, the ultra on should cost the same amount at a Rapidstrike did. Hmmm, The Nerf N-Strike Elite Rapidstrike MSRP was $39.99 a few years ago. Let's start there, adjust for inflation and a trade war, then add in costs for proprietary development. Seems like that gets us to at least; FIFTY BUCKS!?

Loads of opinions are out there, but a lot of them are really just echoes. You might expect a "thought leaders" or influencers in the community to take more responsibility and do actual testing before panning any product, but such is our day and age. My advice to any nerfer is to get your hands on this before making a decision.  Maybe go in with friends or buddies to grab one or find an arena that might grab one for their stock.