Alright, Warriors! We've been waiting all weekend and it's finally here. The newly announced NERF blaster is: The NERF Zombie Strike Slingfire! 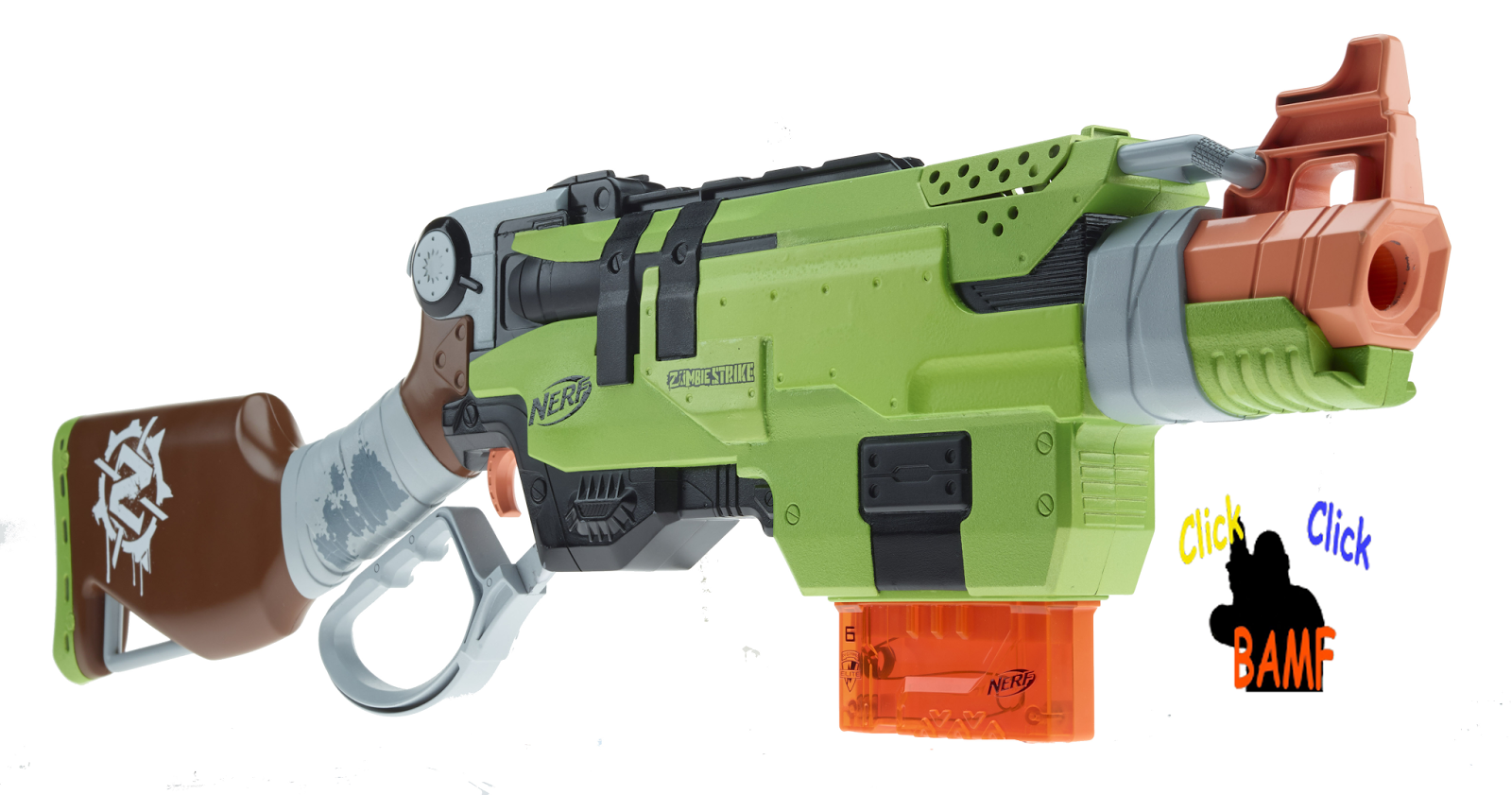 Straight from the release:

"NERF ZOMBIE STRIKE SLINGFIRE Blaster
(Ages 8 years & up/Approx. Retail Price: $29.99/Available: Fall 14)
Zombie hordes are no match for the ZOMBIE STRIKE SLINGFIRE blaster! The blaster’s lever-action allows for quicker reloads on the run and DIY-style designs lend an authentic feel to any NERF zombie attack. Blaster comes complete with one six dart clip and six ZOMBIE STRIKE darts which can be fired up to 75 feet. Features the NERF Tactical Rail System customizable with NERF N-STRIKE scopes and accessories, each sold separately. Available at most major retailers nationwide and HasbroToyShop.com."

The whole community has been speculating on what this will be and I personally am stoked about trying out the Slingfire! I should have guessed this could be in the works after the Hammershot's success. It's got just the right amount of similarity to a Wild West rifle to work.

The other lever-action blaster I can think of right now is the Buzz Bee Rapid Fire Tek. It wasn't the best blaster, but it was a good concept. Of course, I expect the Slingfire to blow it out of the water!!

The price is just a little high on the blaster at 30 bucks.. Yet, I would guess that will come down at place like Walmart and Target fairly fast like it did for the Rapidstrike and Centurion.

NERF will be showing off their new beast at the upcoming Toy Fairs in the next month or so.

Are you excited? ~Chris

Other blogs that got a sneak peak include Foam From Above, Adult Fans of Nerf, Basic Nerf and Shining Foam!

(We'll expand this blog today as more thoughts and news come in.)
Posted by Click Click BAMF at 8:07 AM