Warriors, It was less than 16 degrees in Colorado Springs when I walked into the NERF section at one of the local Walmarts and made a discovery. They already have a couple of the new Super Soaker blasters on the shelves from the 2014 line! At first, I was thinking that they must be crazy. However, it is nice to get an early look at these blasters to see what I want to use for the next season of water wars! Strange to see the Super Soaker clip system going away, though. 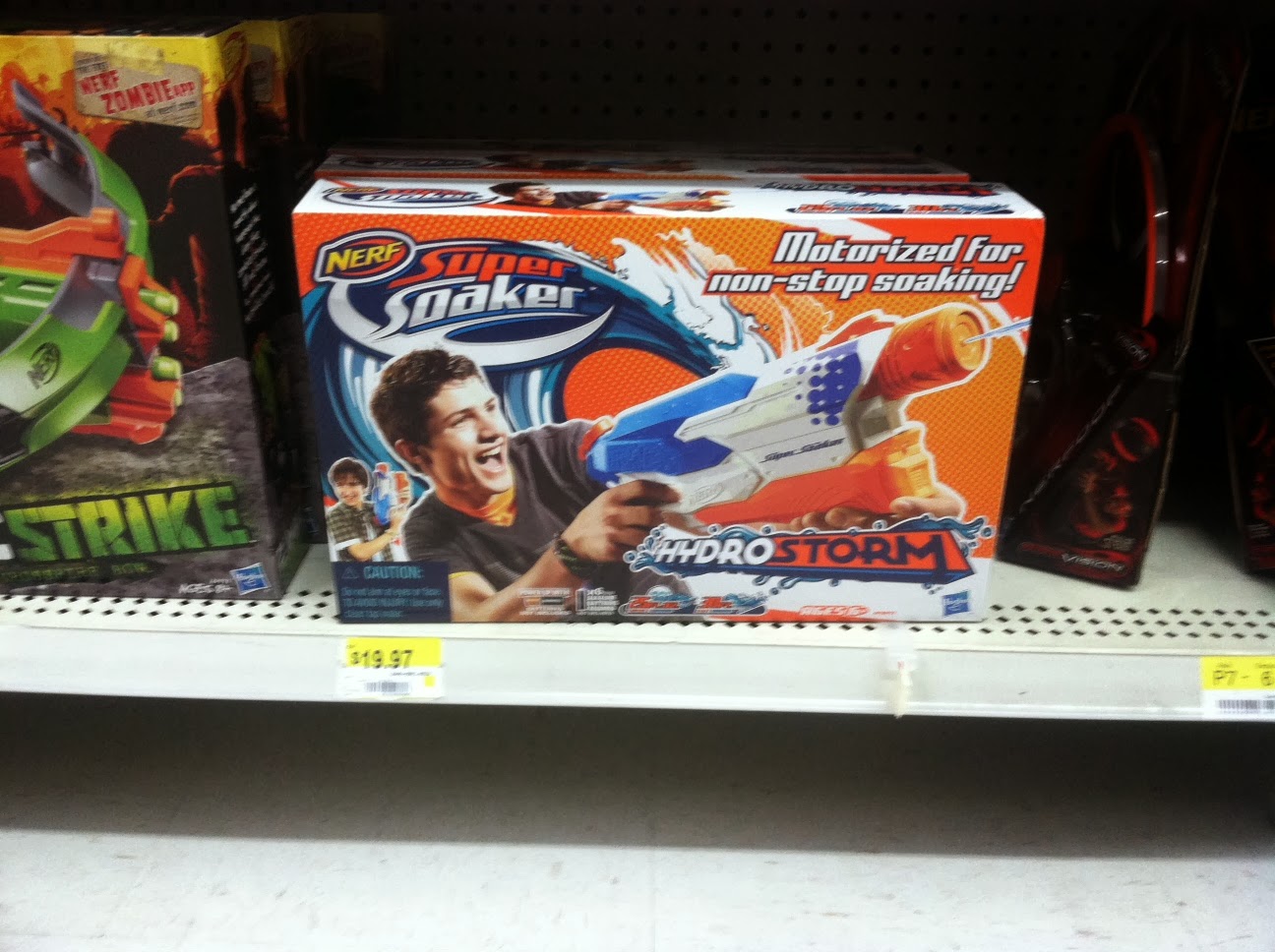 The Hydrostorm is an electronic water blaster that holds 25 ounces in an internal tank. You can see where the batteries will go in the front of the blaster. I know that some of the younger warriors in out last water war were having issue with anything that carried more than 25 ounces, so this may be a good thing for them. You can hit your target up to 30-feet away with this one. I wonder if the stream is any larger than electronic water blasters in recent years? After last year's tacticool releases, this design seems a little clunky to me. That doesn't necessarily matter too much when it comes to effectiveness of the blaster, though.  You can grab this at Walmart for about 20 dollars. 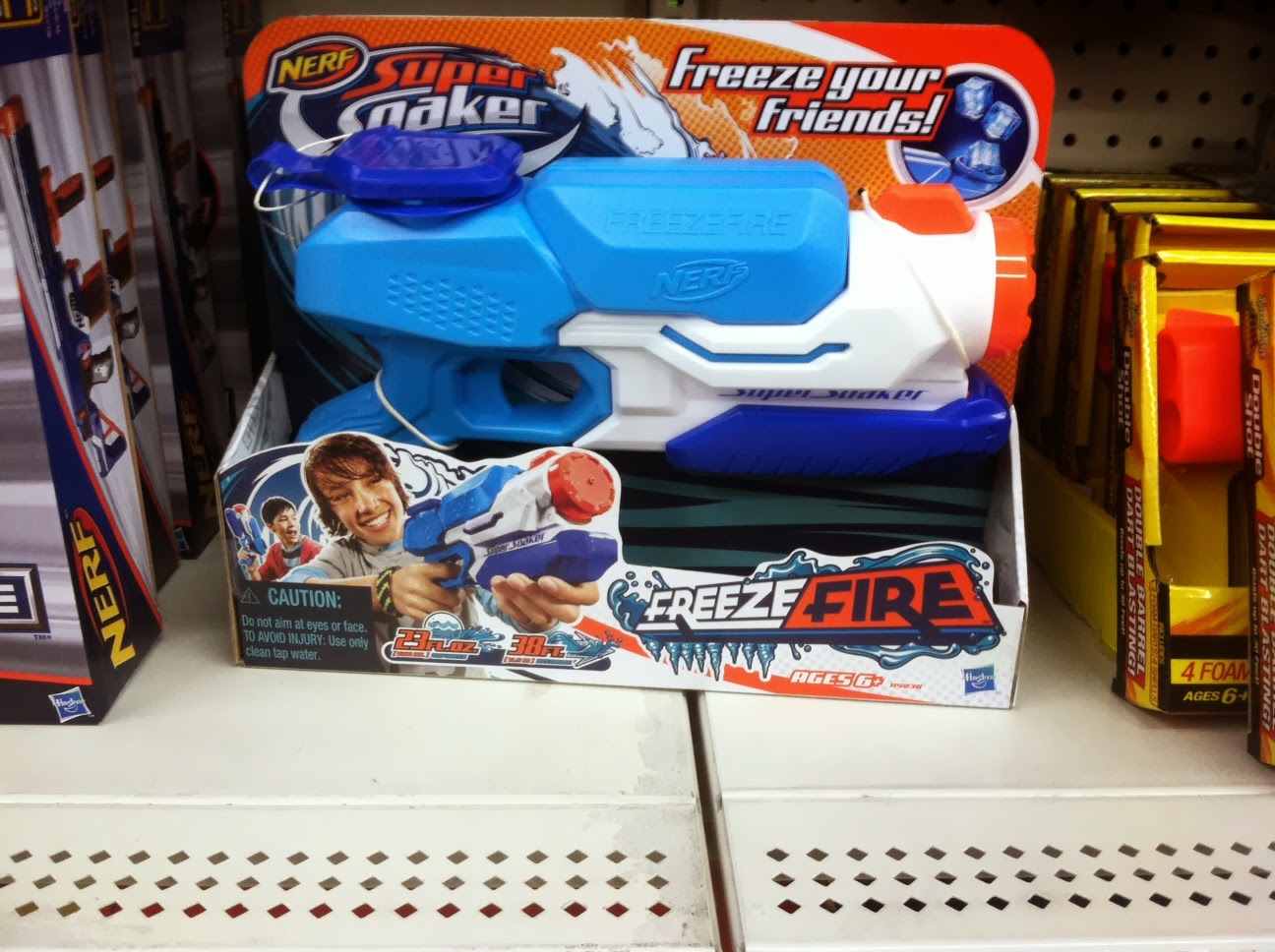 The Freezefire brings back the feature that the Arctic Shock had last year of the ability to drop ice cubes in the large mouth of the tank reservoir. It's a pump-action blaster with the pump underslung on the front. I again see this as a little clunky. Of course, the Arctic Shock's clip was also a little clunky to accomodate putting ice cubes in. The Freezefire's reservoir can hold up to 23 liquid ounces. I saw this one for just under 10 dollars.

There was also news that I saw My Last Dart share yesterday about the Rebelle Blue Crush showing up on toysrus.com. Turns out Hasbro is bringing water blasters into their girl-specific campaign as well.

Well, Warriors. What do you think of the coming line-up of 2014 Super Soakers so far? Personally, I may keep the Super Soaker Switch Shot Blaster