Just got confirmation on this, warriors! Our friends at Nerf confirm that the MEGA Thunderbow is a real thing. Mania.com got the scoop earlier today and has nice write-up of it. The pic is from them as you can see. 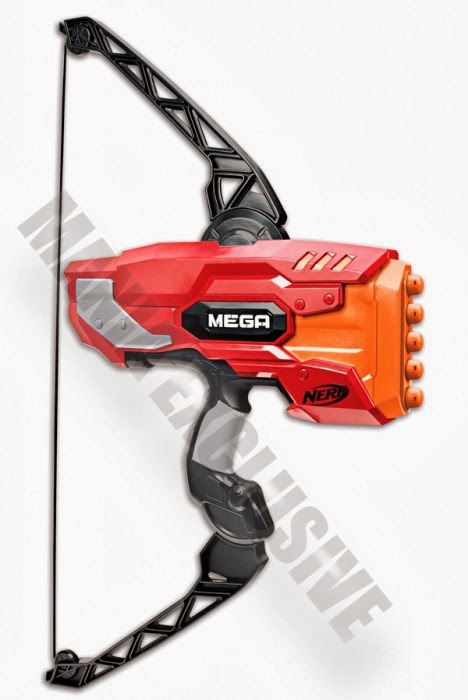 So here is the official language from NERF:
"NERF N-STRIKE MEGA THUNDERBOW Toy
(Ages 8 years & up/Approx. Retail Price: $39.99/Available: Fall 14)
Awesome NERF MEGA performance transitions from blaster to bow with the addition of the N-STRIKE MEGA THUNDERBOW toy. The bow’s dynamic arms and traditional pull back system can fire five NERF MEGA whistler darts in a row up to an amazing 100 feet.  Includes 10 MEGA Whistler darts and holds up to five NERF MEGA darts at a time. Available at most major retailers nationwide and HasbroToyshop.com"

NERF confirms to us that the Thunderbow will be ready for a Fall 2014 release. I'm not sure how excited I am about a $40 price tag. I was ready to spend it on the Rapidstrike, but I was really glad when the price went down more. Seems a little steep for a foam-firing bow system. Who am I kidding, I'd spend it!


Check out that bow arm on the top of the blaster. It looks like that might be where the blaster is primed when you pull back the string. That would follow with their mention of "dynamic arms" It's also nice that you won't have to reload each time. I supposed that means this will carry over the "smart AR" systems that weve seen in the Triad, Roughcut and most recently the Crossfire. The blaster can carry 5 darts to be fire before you absolutely must reload. Of course, it's nice to be able to load as you go, too. 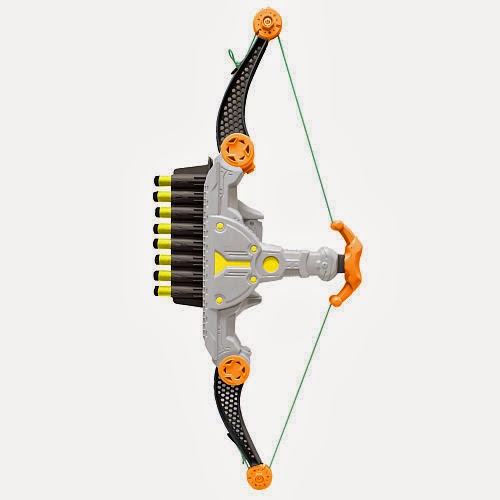 There was another blaster to have a similar look. The Air Zone Dart Bow had an appealing look to it. I never got one before they disappeared from the local Toys R Us shelves, though. The biggest concern I have for both of these blasters right now would be balance issues. True bows have good balance, but I imagine that a lot of weight above where you are holding the thing will change the way it is wielded. Still, I am looking forward to testing out the ranges on the MEGA Thunderbow. They claim 100 feet, which would put it up there with the MEGA Centurion -perhaps, more accurately.

Two new blaster announcements this year and it's not even into the UK Toy Fair yet! ~Chris
Posted by Click Click BAMF at 6:59 AM