Well, it took a while, but we finally see the Crossfire and Fusefire in stock at Walmarts in both Los Angeles and Colorado Springs. So, if you haven't seen these in you're area yet, they're probably close. We've been waiting to get our hands on both of these NERF Zombie Strike blasters. You're looking at about 20 bucks for each of these systems. Not too bad. 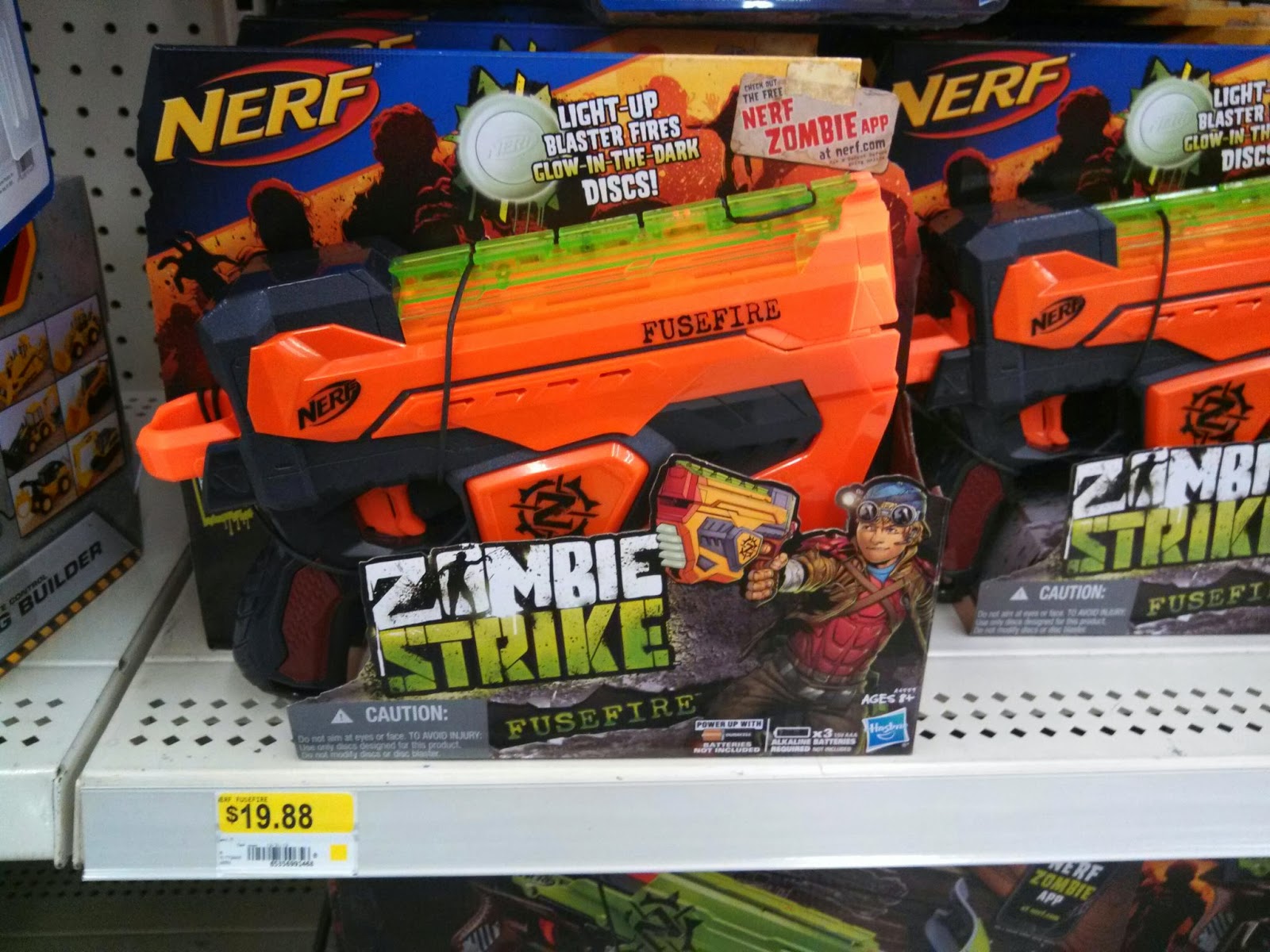 You may recall that the Fusefire is a Vortex inspired Zombie Strike Blaster. It incorporates firefly technology for glow-in-the-dark discs. This blaster also seems to have a similar loading mechanism to the NERF Vortex Proton. The extra storage space on the front can't hurt either. I am looking forward to trying this one out. 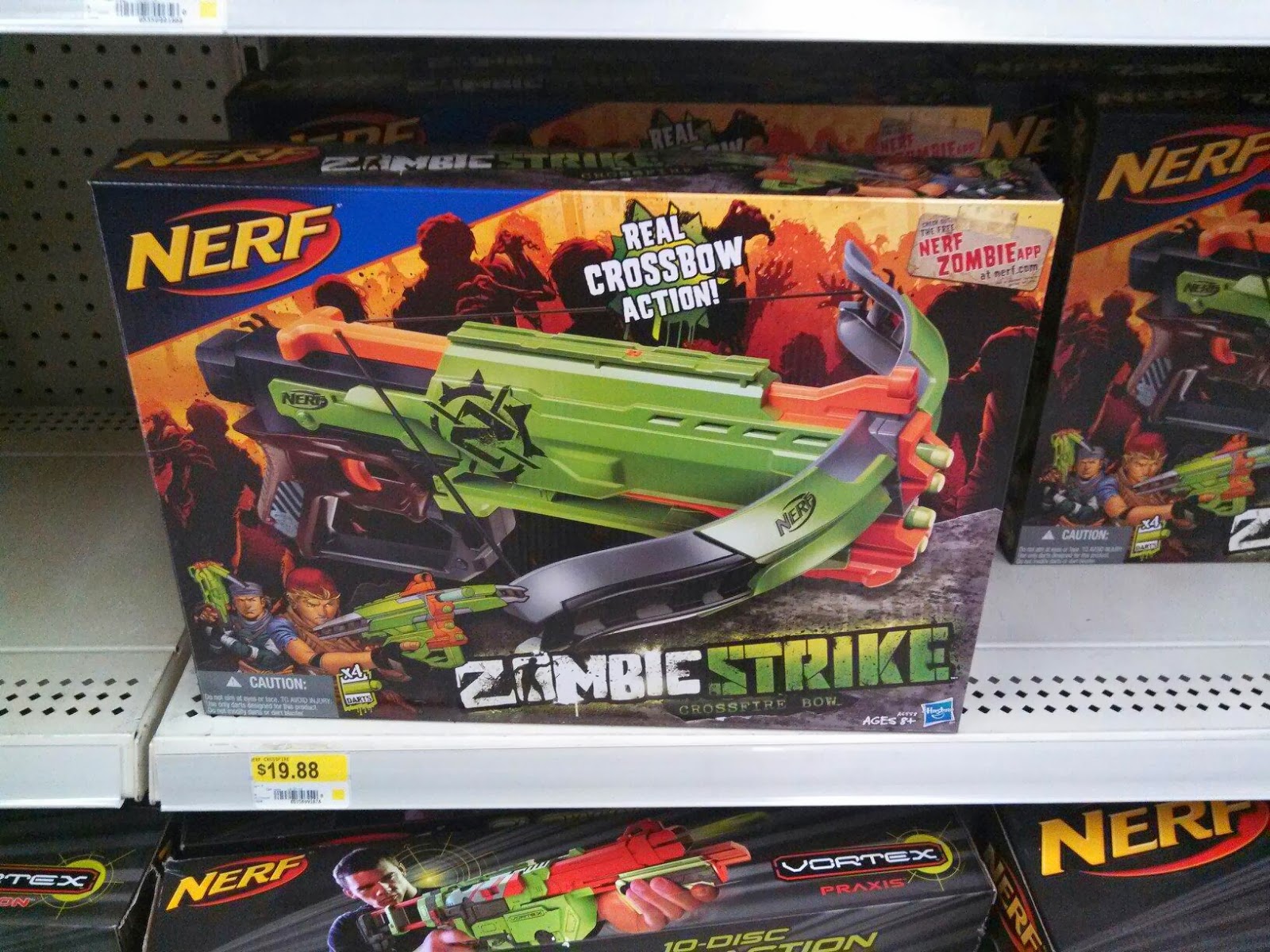 Now the Crossfire crossbow is a bit of an interesting one. NERF claimed that it was the first crossbow for NERF. Rebelle already came out with their crossbow, but Hasbro has separated NERF Rebelle from the rest of the NERF lines. They choose to market the lines uniquely, so they still feel that this can be called the first crossbow. I excited to throw on my favorite stock attachment to the back of this blaster and get to work. Maybe a little Van Helsing action to come? ~Chris
Posted by Click Click BAMF at 9:15 PM