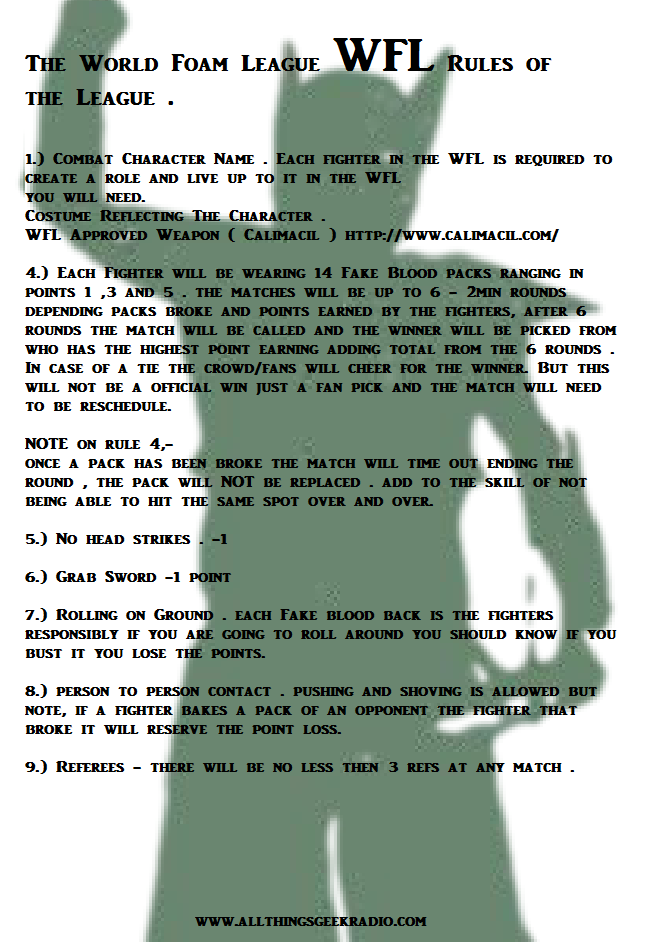 The World Foam League (powered by All Things Geek Radio) is taking over where Foam Weapon League left off. We never really got a definitive answer for what happened to the old league, but we sure did miss them. As you know, Coop is in LA now and was looking forward to joining the league.

The starting rules for the WFL are pretty simple as you can see in the poster from the new World Foam League facebook page. As long as you have a good character concept and an approved weapon, it looks like you're in. I'm not quite clear on the person-to-person contact rules as written. We'll have to ask them. It seem to indicate that you can push your opponent, but will looks points if you break their blood packs without a weapon. I also want to see how three refs for two combatants will work out.

The approved weapons are currently only allowed from Calimacil which is where FWL was getting their supply as well. Not only does Calimacil make LARP-safe weaponry, they also have armor which looks simply awesome. I can see why a fighting league would choose a maker like this to ensure safety and great visuals at the same time! 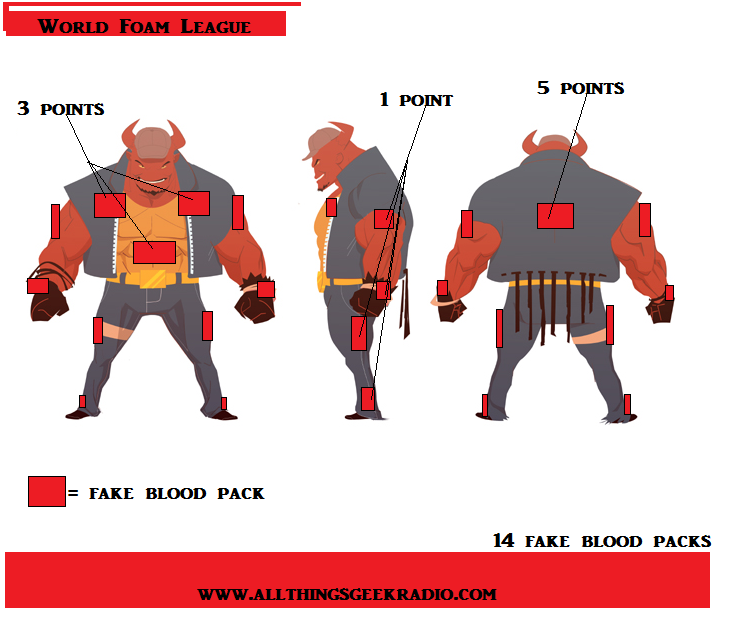 I like the point system depicted by this design. It makes sense that you would score higher depending on where you hit an opponent. More vulnerable places/protected places are assigned higher points. WFL says they are adding a 14th blood pack to be hit as well. I'm not counting 14 in this diagram, so we'll look for clarification on that too. This diagram also has me hoping and asking about a minotaur character within the league!
Rev J, creator of All Things Geek Radio and founder of the World Foam League is building the first chapter in Florida. But we are already seeing other pages started for chapters in the UK and Scotland specifically.