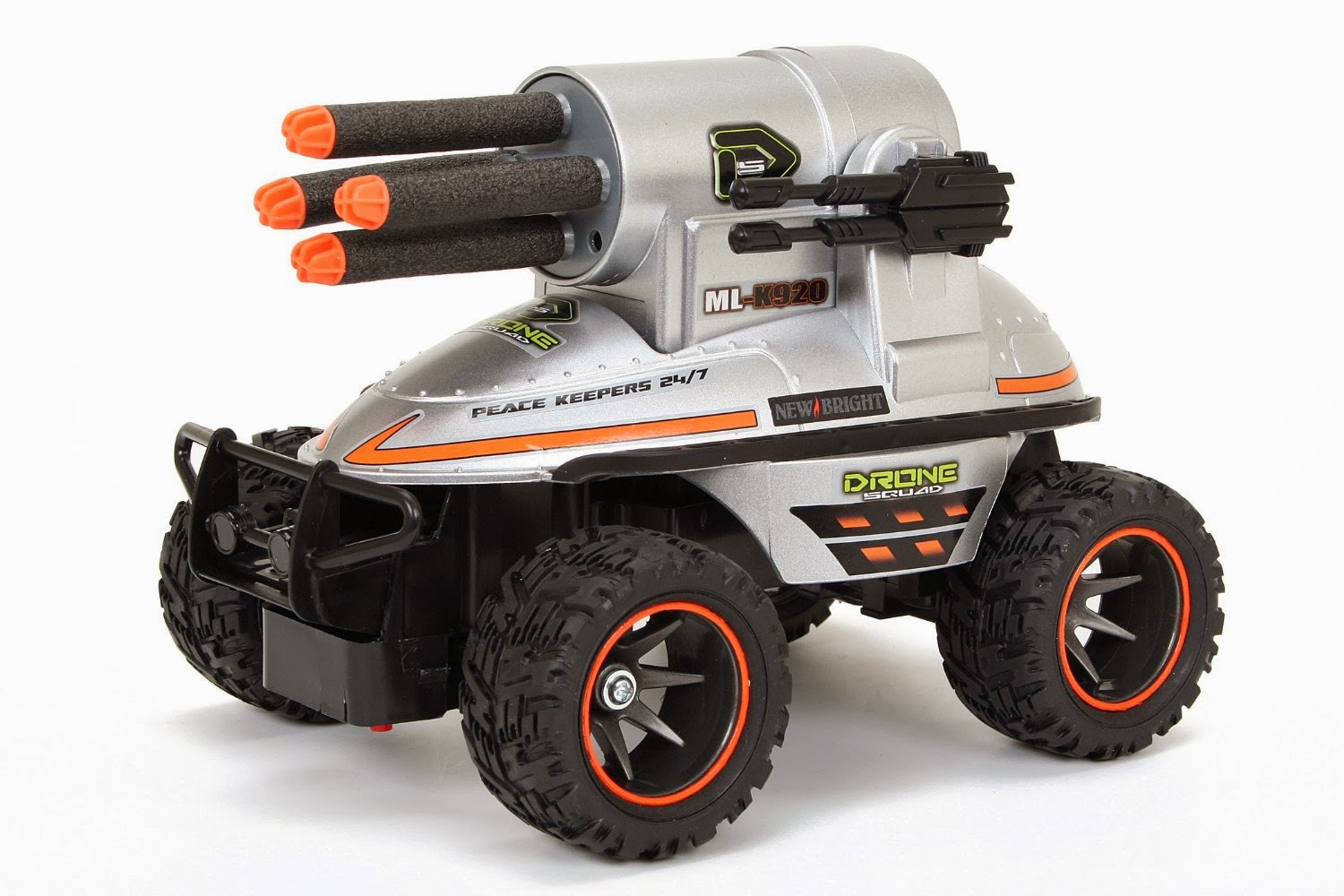 Well, this is definitely the fastest drone we've tested so far. As you can see, it rips across the floor even faster than the cats at times. It has a lot of power to start off with which also contributes to the little car's J-turn ability you can see demonstrated.

There's not much of a learning curve to get this thing running smooth. You just pop three AA batteries in the car and two of them into the controller and voila! You're looking at $18 plus shipping and for it on Amazon. Looks like it's also 18 bucks in some Target stores, but more than that in some Sears locations.

The dart material seems pretty similar to NERF, so I'm not too worried about safety there. The darts are very tiny. They shy in comparison to the current Elite darts and others from NERF. This brings up the compatibility note. VMD Cannon Commando's ability to use other brands of darts is going to win. These mini-darts from the Drone Squad are cute, but can't really hold up by themselves. Also, only six come in the package, so you'll be hurting for more as soon as you lose more than two to something like . . . cats.

They really don't shoot very far either. I mean, we're talking about like 6 feet here. It also takes the little motor forever to turn the dart into position and fire. Essentially, this drone is no good for a foam warrior to use effectively.

Just like the VMDs, this drone has you setting the angle of attack manually. With Attacknids allowing you to adjust the angle remotely, both the Drone Squad car and the VMD Cannon Commando will lose on this part. 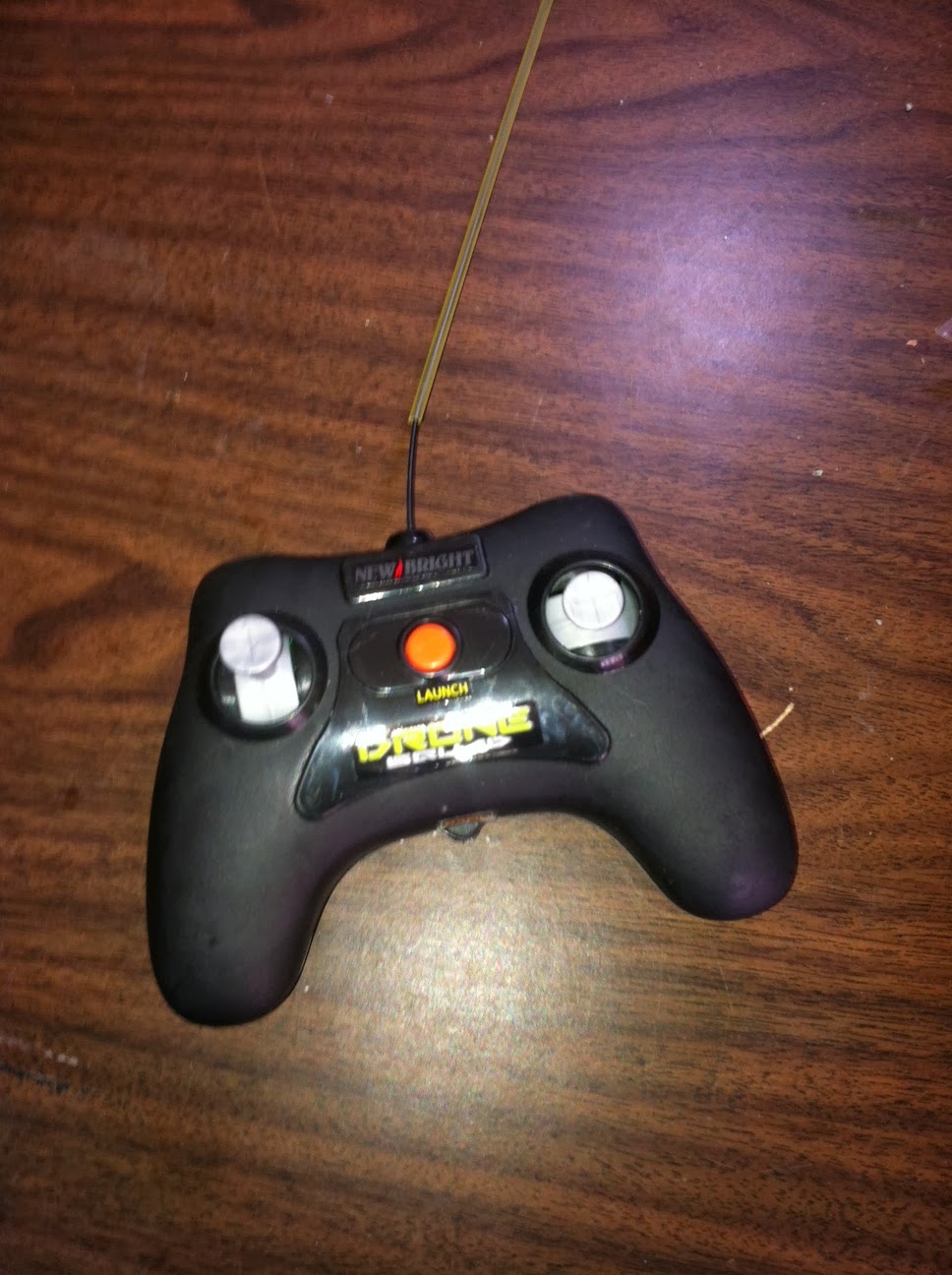 Bottom line:  I wouldn't recommend this foam drone. Yes, the VMD costs 20 to 40 bucks more, but you get what you pay for. The poor firing, lack of dart compatibility and low-quality parts leave you wanting more. What do I mean by low quality? For example, the antennas are propped up by straws that don't stay in their mounts. This honestly is not that bad of a problem, but we can be choosy if we're spending the money.

A lot more coverage is coming your way, warriors! Coop is working on a Zombie Strike Crossfire review. I'll finally get you our thoughts on the MEGA Magnus. Zing products will be reviewed in the near future. An Attacknid will likely make an appearance. We may even get a chance to catch up with some of our fellow bloggers on thoughts after the latest and greatest wraps up at the New York Toy Fair! Not to mention, Spring is close and those Super Soakers are calling our name. Finally, please tell me you didn't forget that the Dart Warz pro challenge will happen at the end of March! There is so much to look forward too!

Anything you're just aching to learn about? Let us know ~Chris
Posted by Click Click BAMF at 8:18 AM