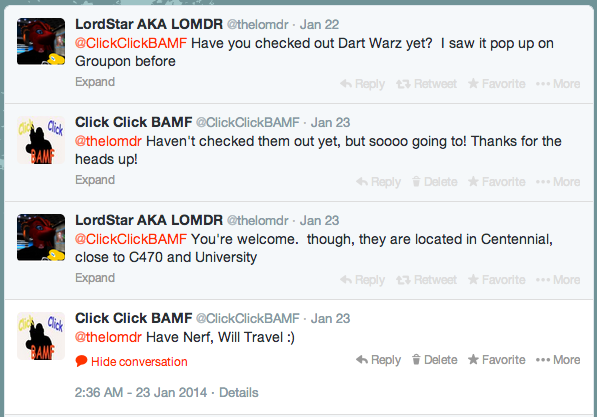 Dart Warz has plenty of time for walk-on play. For the basic price listed on their website, you get an hour of play time, a basic blaster rental and your safety gear included. You can upgrade the rental blaster and get private play for additional cost. They let you bring your own blasters and accessories too, but remember to leave your ammo and heavily modded blasters at home. 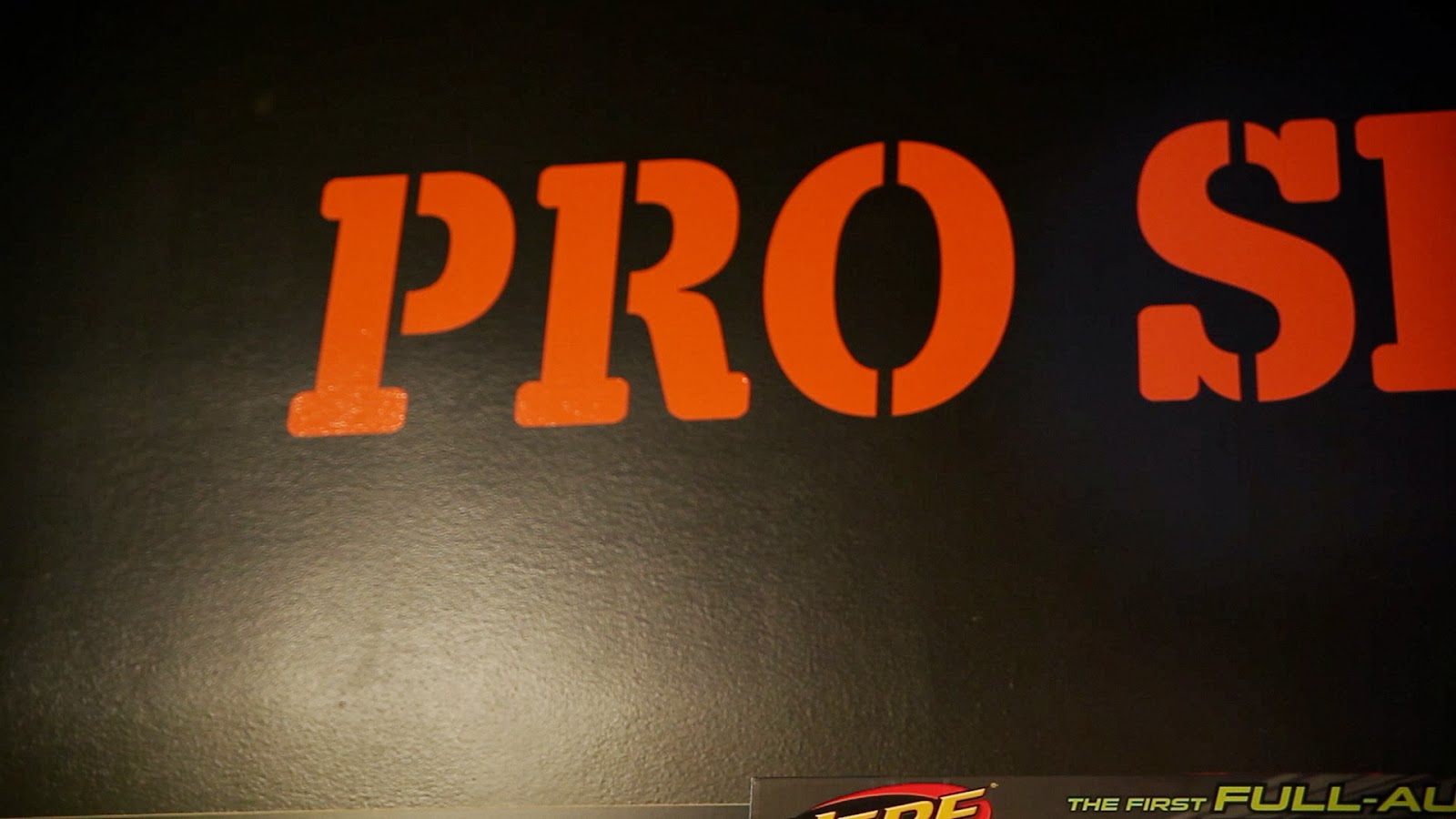 Dart Warz also has a pro shop on site. They'll tell you about the best blasters and can help you with things to make your blaster shoot farther and more accurately. Stanton has been working with NERF to get a direct supply of blasters. They do have stock in the shop that includes blasters and their own Dart Warz gear too!

Last night, Dart Warz launched their first NERF League night with members of what they are calling the Nerf Corps. For $40 a month, folks age 7 and up get specialized foam warfare training. This adds more things into the mix like grenades, blades and blowguns. You'll see some of these being carried by Dart Warz staff in the video.

The Wilkersons and their team work hard to run Dart Warz. Stanton tells me that he one day could see a series called "Dart Dynasty" as they have a chance to train their kids and hand off store franchises to them too. He suggests that it would be a lot more wholesome as a reality show that some of the stuff you see on TV these days. After all, who doesn't like having fun and getting ideas from other people having fun too?

Did I say franchises? Yes indeed. In fact, they just signed paperwork to be able to share their successful Indoor Arena system with other entrepreneurs. I'll let them get into to details with you, but I'll just say getting the kind of investment returns we were talking about on something as fun as this is tempting for me too! If you're curious, they would love to talk with you now. Drop them an e-mail at franchise@dartwarz.com. Stanton also told us some other great exclusive news. For now, let's call it the Dart Warz Pro Challenge (working title). You may have seen hints and a date pop up on their facebook page. Teams made up of staff from the two stores will be going at it head to head on March 26th, 2014. These guys are so excited about challenging each other that they wanted to put some of their own tips on the line to make it happen. We're really looking forward to Dart Warz Meridian versus Dart Warz Centennial!

Over all, I am really excited to have a place like this in Colorado. I just with there was one closer, but maybe we can work on that solution soon :)

What do you think, warriors? Are you close to one of their locations or is there somewhere you are hoping they show up next? ~Chris
Posted by Click Click BAMF at 1:27 PM