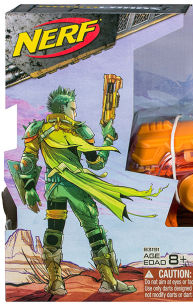 They describe this line as having sci-fi steam-punk designs with visible firing mechanisms. From everything in the product descriptions, it seems that they are actually intending this to be more of a cyberpunk affiliation with a wild west flair. In fact, the folks over at gizmodo call this a mix of Mad Max, Star Wars, and Firefly. Firefly has been in my head, but Borderlands comes up on its heals too.

I also find it interesting that Nerf's second theme-based line is placed in a post-apocalyptic setting line like Zombie Strike is. They describe the Doomlands this way: "The post-apocalyptic wasteland once known as earth is filled with bands of marauding thieves and all manners of creatures."

It's a Target exclusive to start with. You may remember that Zombie Strike Started out the same way with the first few in their line too.  It makes sense that the Walmart exclusive Split Strike will come out about the same time. I wonder what else Toys R Us will get? I imagine that we'll see the Doomlands line expand to other stores by at least Spring 2016.

Here's the word-for-word details with high-resolution images on the two new blaster that have been leaking out and appearing. 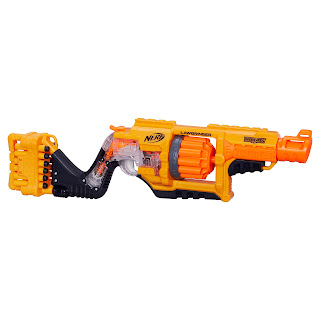 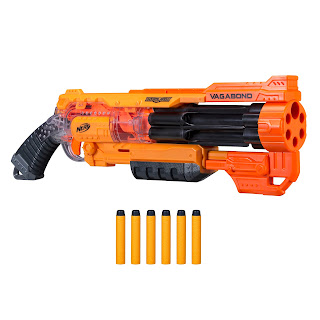 This will be their second themed line of blasters to hit the shelves. As was discussed in our recent hangout with Nerf HQ, they're very please with the turnout of fans for the Zombie Strike line of blasters. It sounds like that may have encouraged their next foray into a themed line here.

You'll see that the darts look a bit different too: 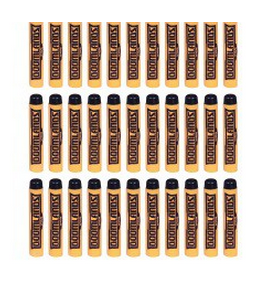 Heads up. Our contacts at Nerf tell us there is more information coming down the pipes real soon that hasn't hit the news cycle yet. Looking forward to what that could be!

All the rest of the release is below:

With the debut of the NERF DOOMLANDS 2169 line, members of NERF NATION can become the heroes of the future. This all-new NERF blaster segment was designed to inspire active, imaginative play with a futuristic edge only the NERF brand can provide. The year is 2169, nearly a century after an asteroid impact wiped out civilization as we know it. The post-apocalyptic wasteland once known as earth is filled with bands of marauding thieves and all manners of creatures. Now, the time has come for a hero to emerge from the wild, savage land to deliver justice and freedom to the human race with the new NERF DOOMLANDS 2169 blasters by their side.

The debut DOOMLANDS 2169 lineup, featuring the LAWBRINGER blaster with a twelve dart rotating barrel and the pump-action VAGABOND blaster, is available exclusively at Target this fall and features all new sci-fi steam-punk designs, visible firing mechanisms, and NERF performance. In the epic battle for the future, NERF NATION will prevail.
Posted by Click Click BAMF at 8:42 PM