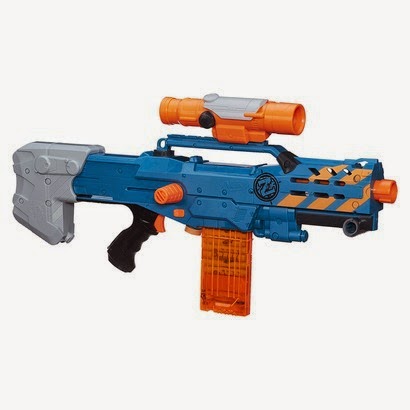 
Some of you may notice a larger difference than expected. Does anyone remember the controversy over the true ranges between the red, blue and yellow Longshots of the N-Strike series? Sounds like another versus episode from Click Click BAMF may be in the works. 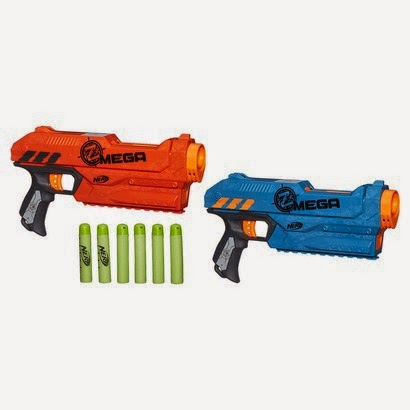 The MEGA Magnus repaints are reminiscent of the old Dart Tag days. The red and blue remind me a bit of the old coloring on the Magstrike and the Hyperfires from back in the day. The Z-Squad logos also remind me of the Dart Tag logos from before. You can find these listed at Target too.

They haven't made a new Dart Tag blaster in a long while. Could they be combining the role-play branding with the sport branding? 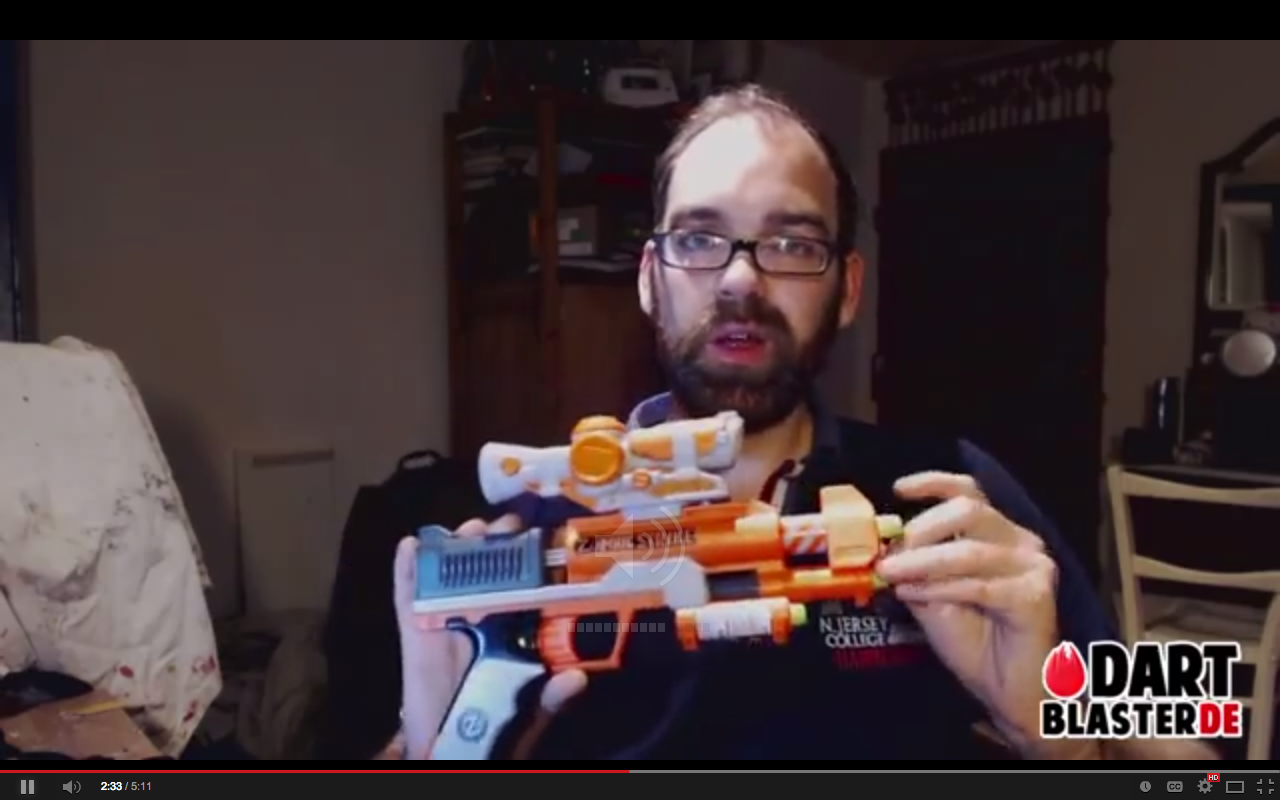 The German blog dartblaster.de got their hands on the Zombie Strike Clear Shot, a repaint of the Stormfire. That's a Dart Tag blaster reaching back several years.

You can see in their video that there is a repaint of another popular NERF scope coming with it. Thanks to the coloring on both of these scopes, you'll be able to use these with the standard orange of the new N-Strike Elite blasters as well!

What do you think, warriors? Do you want any of these? Why or why not? I think I just have to get both of the blasters with scopes so I can use them on other blasters too. I don't think I need the MEGA Magnus repaint, but if I was getting a new one, why not? How about you? ~Chris