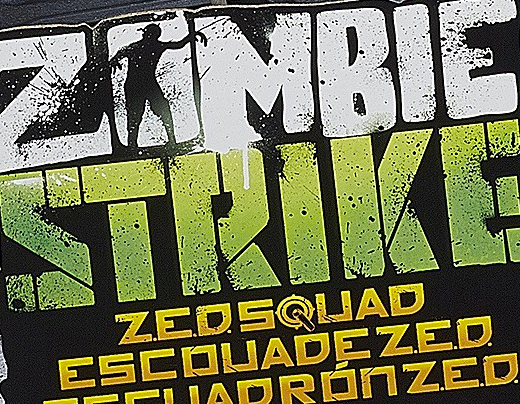 Vas from Foam From Above started it off with a question on the newest products we've learned about. Are the Zed Squad repaints going to have elite ranges or still the old 30 foot ranges? The folks at the HQ said that they didn't rework the internals, so the ranges will be pretty much the same as the originals. They are, however, sending them out with elite darts. That might up the ranges slightly.

Adult Fans of NERF got in a really noteworthy question about the cost of plastic and other materials that the designers may have looked at. They didn't have actual engineers in the hangout with us, but the present team members were thinking that it could actually be more costly to switch to a different material. I suppose part of that would be due to retooling, etc. More importantly, one of the design team members hinted that they've continued to experiment with dart material. They know that dart life is one of the highest complaints for people who do a lot of war. I don't think that necessarily means that we'll see a completely new dart any time soon, but the possibility exists!

As we've talked about a couple of times, NERF really designs these things one, two or even three years out. They are always looking to improve and to lead the market. In fact, when AFON asked the important question about BoomCo from Mattel, the team explained that they spend a lot of time on research in the market. They've been the frontrunners in blasting fun for years and are more interested in celebrating their success than focusing on the competition. We, of course, will keep looking at all of it.

On the subject of the design process, Paul from Blasterlabs asked the team how they come about deciding their codenames for the blasters while they are in production and for the final product. NERF HQ explained that their names can come from all sorts of sources and in the design process it really comes down to what sounds cool to them. For the final process, it comes down to legal and what they can make stick. They have to make sure they don't violate a trademark, etc. For some blasters, they may make it all the way through the design process and still keep the original name. 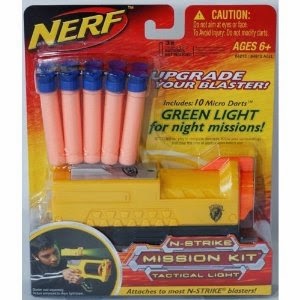 Blasterlabs also asked about what a lot of the NIC has been wondering for the last couple of seasons. Where are all of those accessory releases like we came to enjoy from the original N-strike line? The team said they've been focusing on performance as we've seen in all of the recent releases. Other startup companies and groups have built accessories, but nothing official from NERF. They were happy to get the scopes and things back out with the new Zed Squad items. The designers note that they intentionally left the tactical rails and such on the new blasters so that you can use your old accessories and so that they can get back to the accessories as they can. Could that mean more accessories in the near future? The return of the mission kits?

In the same vein, Paul asked about Super Soaker. Why have the tactical rails and accessories been disappearing from new releases? NERF noted that they've opted to keep some rails on some blasters. The NERF team did say they've been focusing on foam blasters. A good point; it's harder to make battery-powered accessories for water blasters. The water sealing obviously needs to be given more attention than on N-Strike accessories.

F2A posed a couple of good ones about seemingly dead product lines. He asked about Dart Tag specifically. As we've seen Dart Tag somewhat choked here in the US where it's a Toys R Us exclusive. The team explains it's not so in the worldwide market -especially in Singapore (as you may have seen in some pictures from that area). They haven't made a new blaster for the line in a while, but the team still enjoys blasters like the Swarmfire and other recent models. We'll talk again about Dart Tag in a second.

On the subject of dead product lines (or undead), he also asked about the N-Force branding. Will we ever see another one or will they just be released under other names? The team explained that they just couldn't justify the space needed to sell the N-Force weapons with how well their other lines are doing. However, it made sense to bring back the melee weaponry in the Zombie Strike line. As you may have heard about and seen, Hasbro teamed with Perpetual Play to bring us several things like the Z-bombs and "bladed" foam weapons. The team explained that they do come up with a lot of the designs or concepts themselves and then talk to the third party makers as they realize where they can put their efforts. 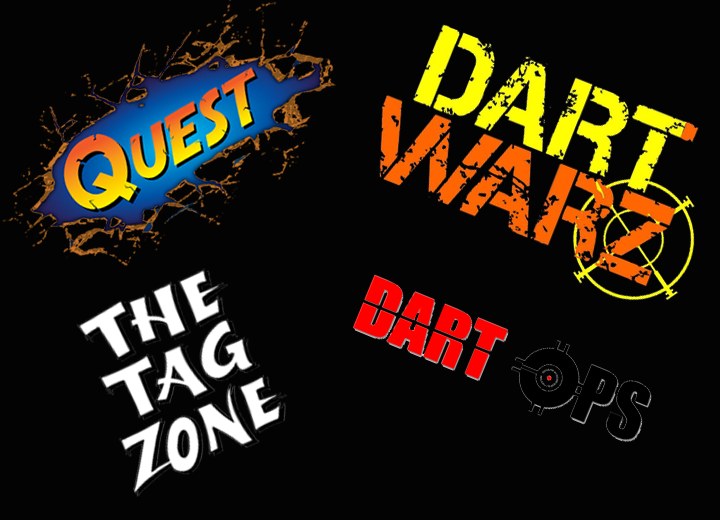 I got the chance to ask a two-fold question about the idea of NERF blasting becoming a sanctioned sport. It's been a question that has come up a lot since several businesses have started in the UK and the US. In fact, from our coverage, it's the ultimate goal for Stanton Wilkerson from Dart Warz.

The team at Nerf HQ really spoke to the idea of NERF arenas. They mentioned that official NERF arenas may come about "sooner than you think". They noted that two official arenas are already operating in the UK. Hasbro mentioned in a press release dated June 17th that they will look to expand their experiential NERF mall program in both the US and Europe soon. The team also acknowledged that independent efforts that have come about make a lot of sense. It looks like the official NERF arenas will lend themselves to giving NERF warriors a taste of new blasters. A taste that would make you want to buy a particular blaster for yourself. Perhaps these mall experiences and the independent arenas can coincide? 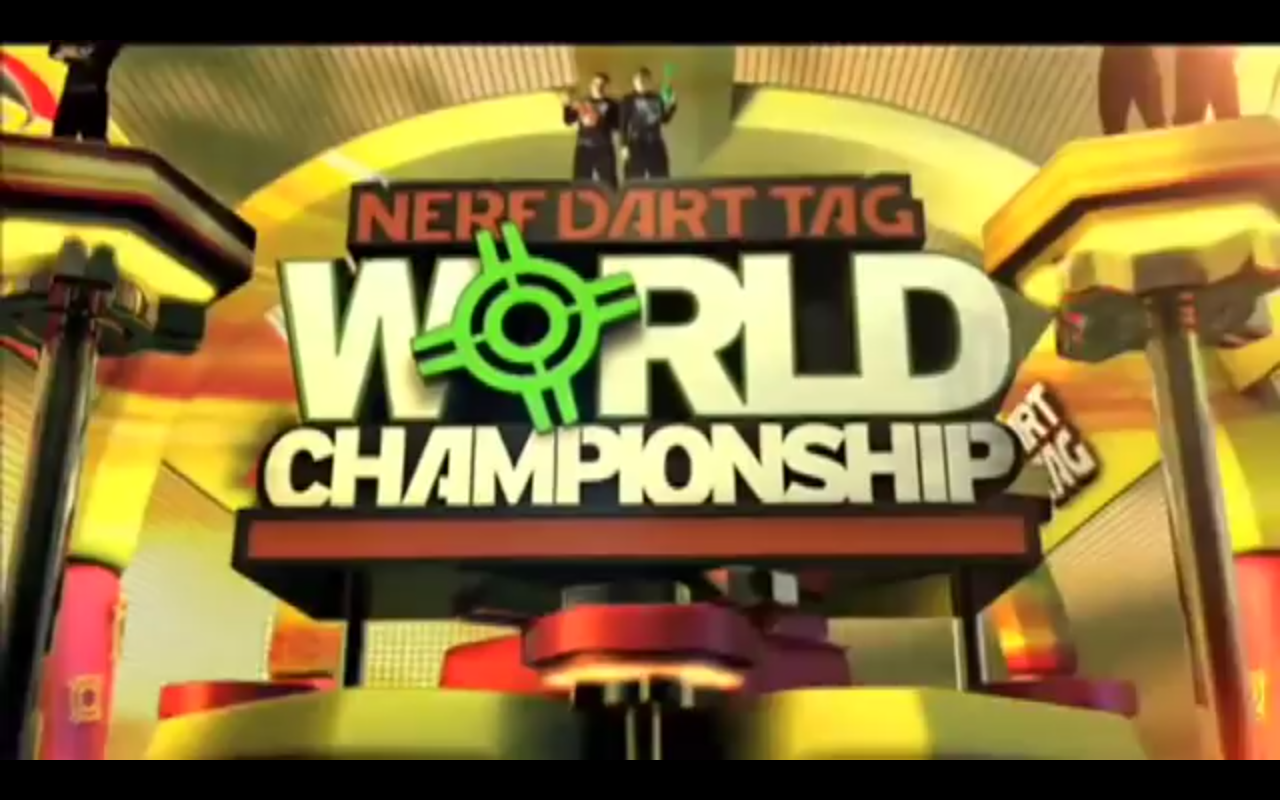 They didn't really speak as much about the sport idea itself. This wouldn't be NERF's first foray into the world of arena sport competition. At its 40th anniversary mark, Nerf teamed with the Dew Tour to bring a NERF Dart Tag dome arena to everyone of the Dew Tour. You may remember the NDTL (Nerf Dart Tag League) World competition that was advertised on the Toys R Us exclusive blasters too. 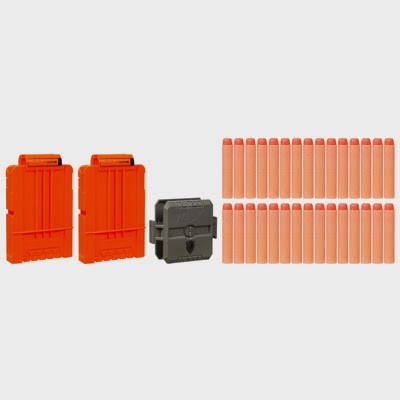 Jason at Basic Nerf brought up a great discussion about magazine based-blasters (what NERF calls "clip system"). Nerf essentially told us that while they are always experimenting and looking for the next best thing, they still are loyal to what works. They recognize the clip system blasters allow the player to grab a drum, straight 18-dart mags or whatever works for them personally. We shouldn't expect to see those go out of style too soon, I would say.

Basic Nerf's question sparked me to ask about internal magazines further. Basically, several of us want to know if there will be any more work done with internal magazines. Back with the Quick 16, you could run down the field grabbing darts and jamming them into your blaster. The designers related that the Quick 16 was a good starting point, but that there were some inherent problems with the blaster, so they opted to move on. They pointed to the Fusefire as a recent success and they don't show signs of stopping.

I love the questions that Michael at Shining Foam brought up: 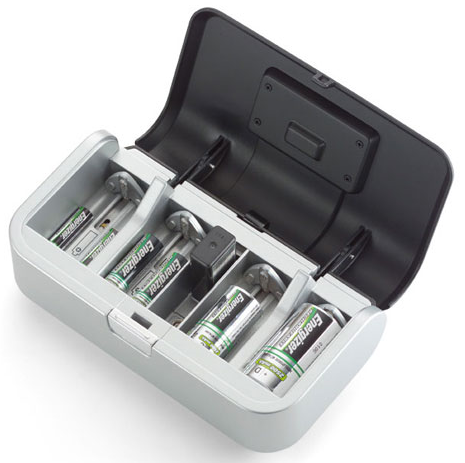 First off, what about rechargeable battery packs? Michael got in a question about if the design team had ever considered selling their battery-operated blasters with rechargeable packs, He cited the feeling kids and parents get when they hadn't realize they needed batteries for that Christmas present or how it feels to keep having to make more purchases to power your blaster.

The design team members explained that they have considered the idea before. It seemed that one of the biggest issues is cost. The Stampede and Vulcan both topped 50 bucks when they first came out. These were those heavy gunships from the N-Strike Elite line. Paying that much was already a heartache for a lot of consumers. Imagine dropping even more dough due to the rechargeable packs. The team didn't rule out the idea of rechargeables, but they sound like they still need find that cost-effective implementation. They did not that they've partnered with Duracell for several things. So who knows what might come in the future!? For now, I suggest buying rechargeable after-market batteries when you can!

Second hit from Shining Foam (boiled down); Are we ever going to see the option for selective firing? In other words, will there ever be a blaster that allows one to choose between semi-auto and full-auto firing? As Michael pointed out, when you have full-auto, you realize that you sometimes are wasting bullets. When you have semi-auto, you might want to push your darts out faster.

You should have seen the smile shared by the team at that question. Well, if you've ever watched Michael's videos, you should know that he just has this energy that makes you smile regardless. But anywho, the team members said that they have definitely discussed this before. They recognize the fun of similar sports like airsoft and have discussed bringing the option to NERF.

Personally, I think the Rapidstrike allows you to be selective in your firing right now. Though, I certainly wouldn't mind a selector switch just for the tacticool factor!

Well, warriors. We certainly have some food for thought out of these discussions. What other questions did you think of while reading this? I may have the chance to ask a few more some time soon here!

In the mean time. I did promise a contest, so here it goes. Comment on our official facebook page to tell us what you think the best development in NERF has ever been. We'll pick good answers and then randomize from there. This is to win your own copy of the Ultimate Nerf Blaster Book, so let's keep the answers to actual NERF-related products. Mods? Sure. Other brands? Not this time. Deadlines for entries is July 4th! ~Chris
Posted by Click Click BAMF at 10:33 PM