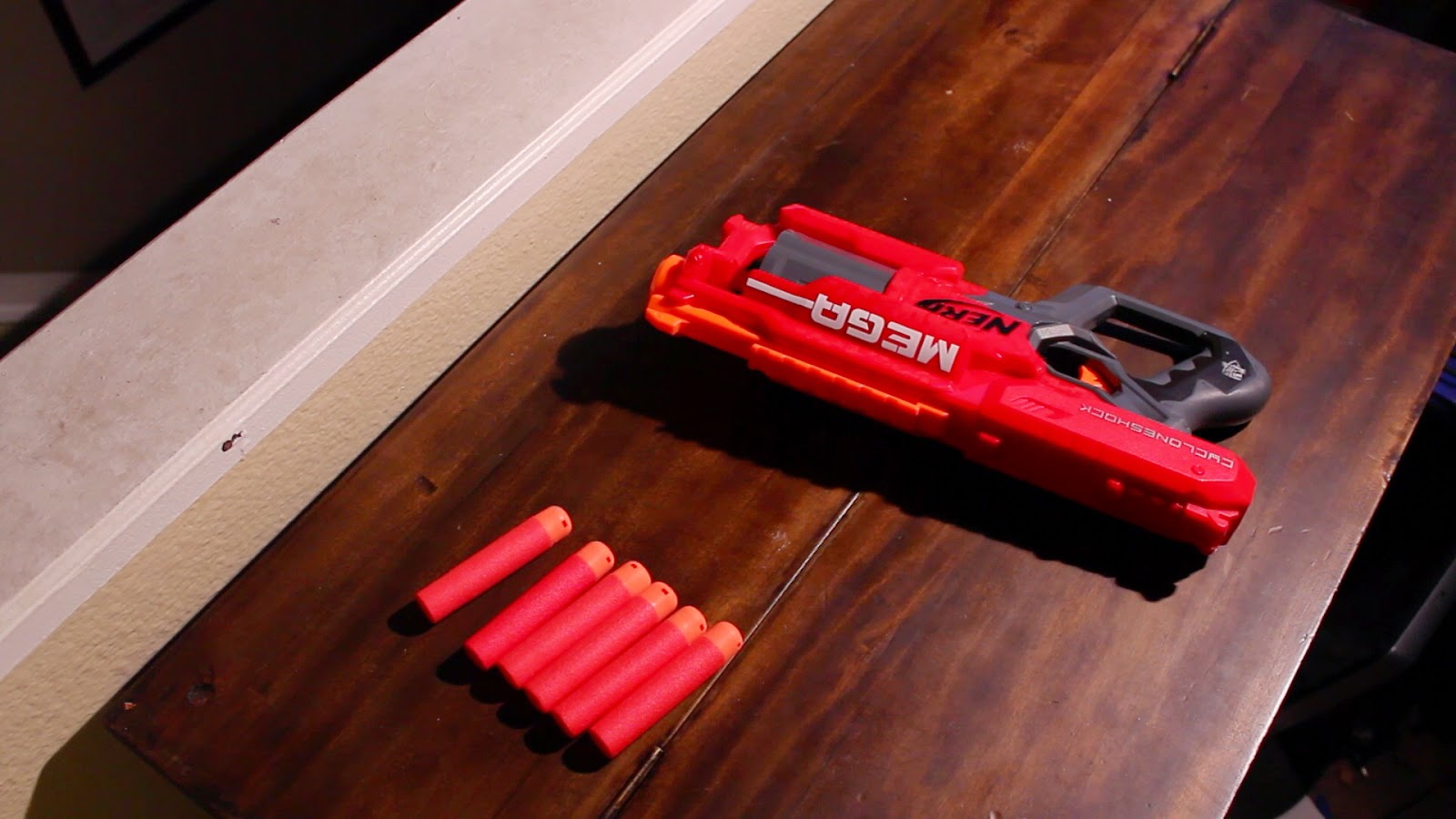 You know those reviews we've been promising? They're coming up now. We just posted the MEGA Cyclone shock review. There are a LOT of good things coming from this blaster. There was a little disappointment in there as well though :( Check out the review to find out what we're talking about. BUT THE BIGGEST PART: Could there be a giveaway announcement tucked in there too?

While we were finishing up that review, Dart Warz put up a group review for the MEGA BigShock we were honored to be a part of! They had their tournament recently and I had a complete blast being part of it along with the store teams and Vas from Foam From Above!


We have our individual BigShock review coming up in a while, but don't be shocked if a lot of what was said in the Dart Warz video is reflected there too! ~Chris
Posted by Click Click BAMF at 7:04 AM