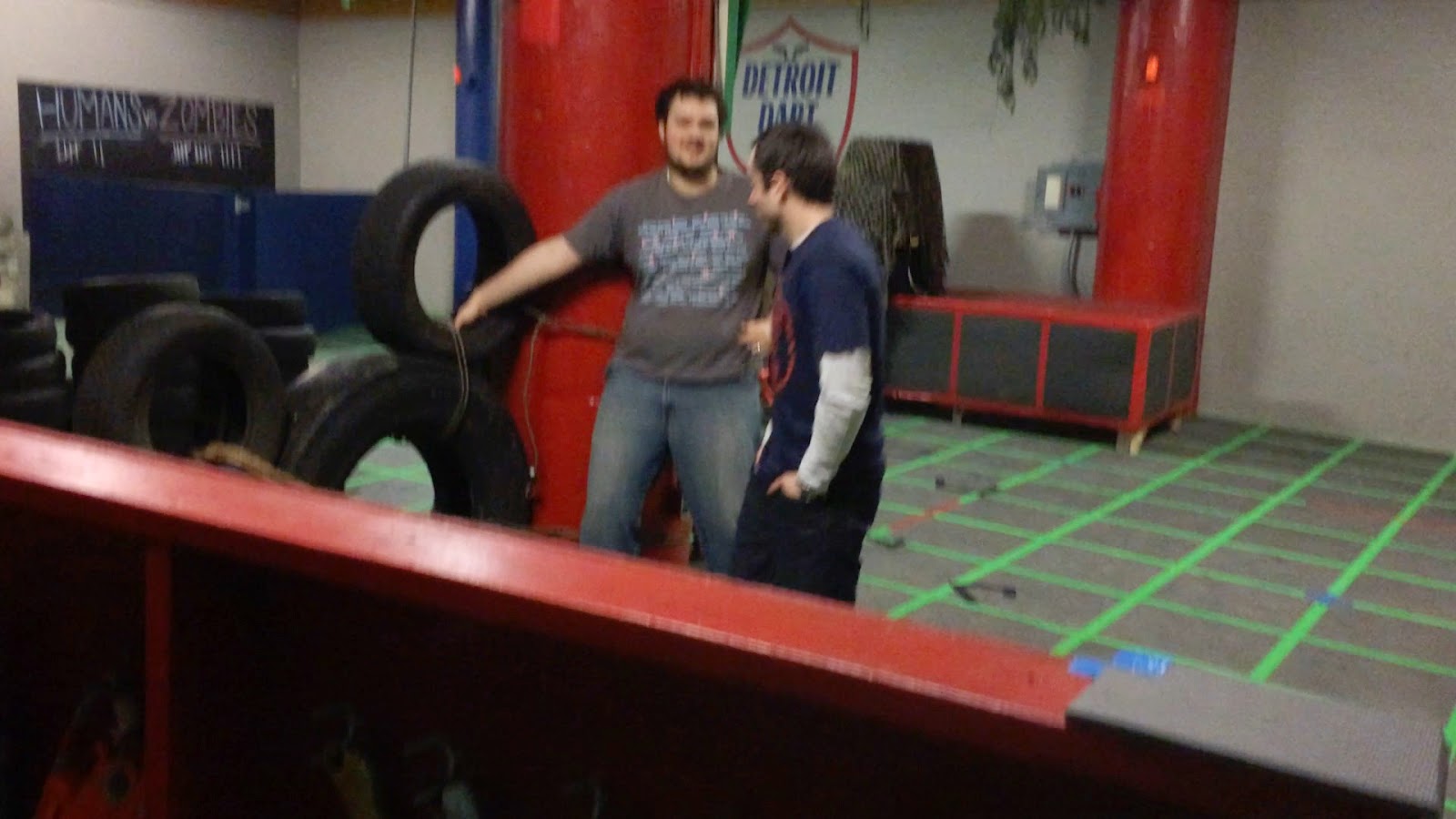 Greetings Warriors! As you know, we've been monitoring businesses popping up all over that offer NERF warfare as a service. A few months back, Vas the Stampede over at Foam From Above pointed us in the direction of the Detroit Dart Club. This past January, we had a chance to travel there and see what it's all about.

Connor McGaffey is bringing his dream to life. Detroit Dart Club started up in August of 2014 and has been making great strides ever since. Check out the episode after the jump!

Sadly, we didn't get a chance to show much actual game play. There wasn't a group scheduled to be in when we could make it. Loads of pics are up on the Detroit Dart Club facebook age though that who people having loads of fun.

The MEGA Thunderbow is a favorite for Connor. It doesn't perform so well due to the tendency for some parts to break, but he always keeps a couple on the field because of it's sleek looks and ability to make people feel like Katniss or Hawkeye.

Lots more coming up, warriors! That will include some reviews of the more recent blaster releases, some HvZ action and more foam coverage in general. We'll doing our best to continue what we started -to bring you the most comprehensive reviews and stories. Thanks for all the support! ~Chris
Posted by Click Click BAMF at 8:22 AM