I know, warriors. I still didn't get our next review up. Forgive me. We've had more fires ignite in Colorado and I was a little tied up in my day job with some repercussions of that. No worries though, the firefighters got them out fairly quickly and no one in our region has lost homes to wildfire this year so far. 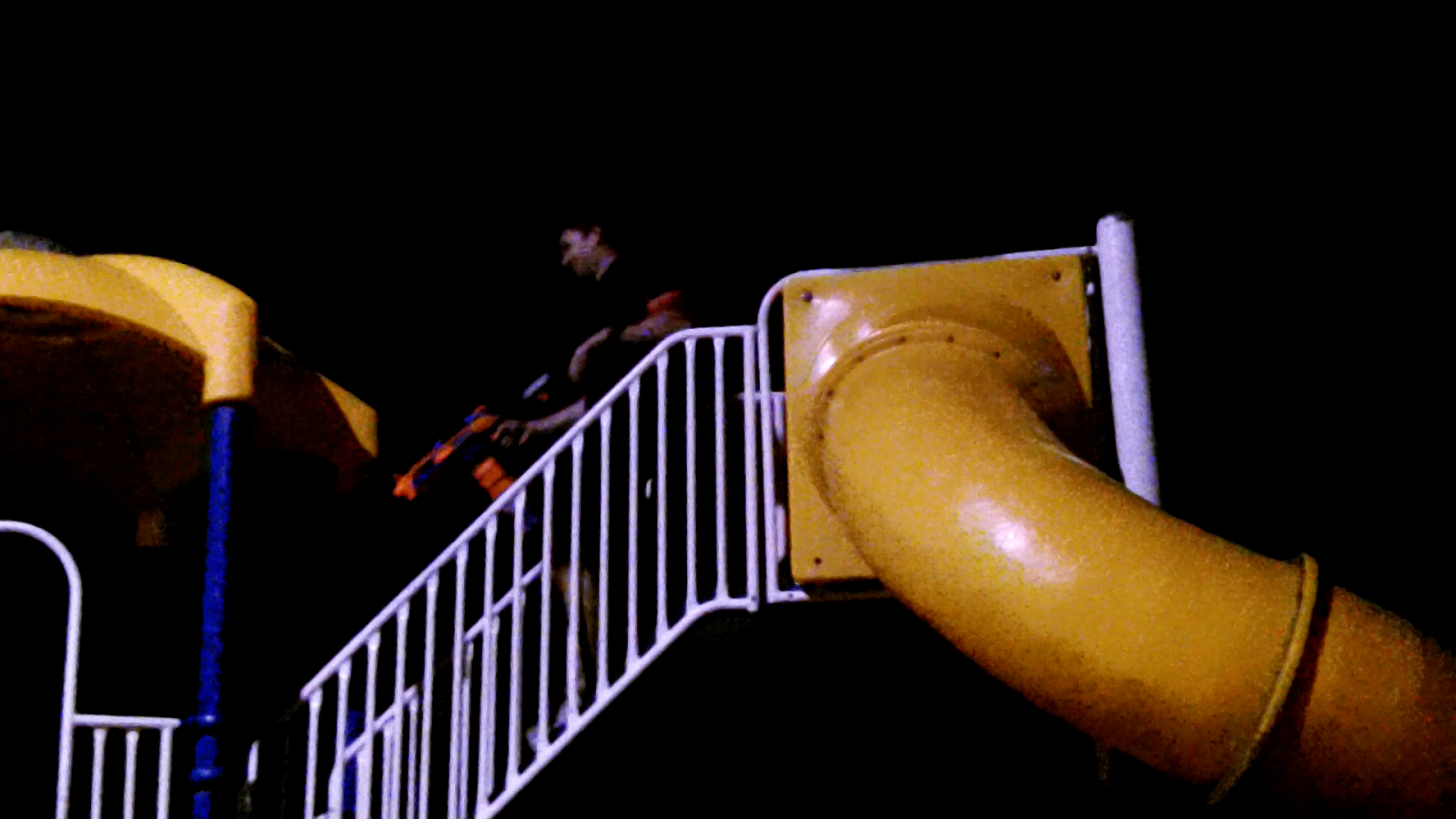 In good news, I do have a new video for you! We had a great time with a company called Game of Foams that is putting on short-form HvZ-styled events they call Survivors versus Zombie. They let us come up to Longmont and play with them, getting this footage to boot. It was a great opportunity to see how the ECS Cam Blaster would actually behave in a dusk setting outdoors. So I ran that with a dual banana "clip" I taped together after ganking them from a couple of our Demolishers.. Check out the results (below the jump)!!

That night, they were introducing some new rules to make things interesting. The Changeling is explained by staff in the video at one point. Can you imagine the paranoia of not knowing if your teammates are secretly infecting everyone around you? Fun stuff.

The biggest issue I ran into was looking for some clarity on zombie rules. You know, things like what actually constitutes a tag (two hands, one touch?), how re-spawning technically works (can they move after the humans while they countdown?), and how to recognize specials. It was a combination of us being new to it and some over-eager players that confused us for a bit. Here's the nice thing: IT'S A GAME and people are generally there to have fun. The staff were nice as can be and the players were in it to win it. Do we want to go back and play some more? Oh, yeah!

I'm planning to sit down with one of the creators, Tim Munnerlyn, to get more details soon about his brain-child and what's next for Game of Foams. This was a really cool first experience for myself and wife! ~Chris
Posted by Click Click BAMF at 7:23 AM