So, now that April Fool's is drawing to a close, let's get real. As you may have figured out pretty quick, this was indeed on of the fun pranks put on by the guys over at ThinkGeek. But now, you have the opportunity to push for it to become a reality! Get over to the reveal page and go to the bottom to vote for the NERF Nuke to get made into an actual thing. Would Hasbro ever go for it? Who knows! Is it worth the try? Yes! ~Chris

Warriors! Have you heard the latest news? The brains over at ThinkGeek just brought something out to level the playing field in your office, home or anywhere else that you can't or just won't face the enemy head on! You just have to see it to believe it: 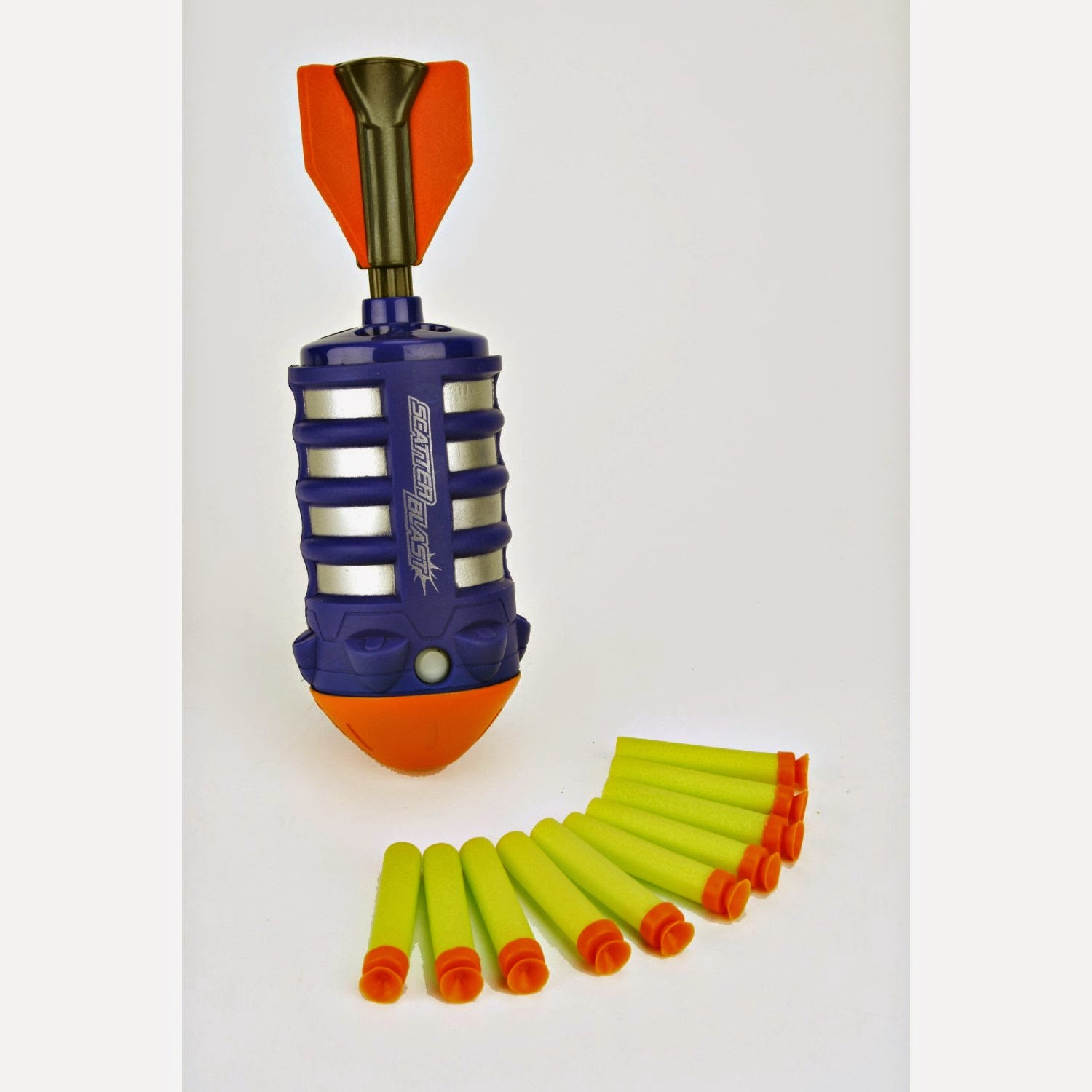 I've been waiting for something to come along that's better than the Lanard grenade. The grenade is a great concept, but execution wasn't always the best. The bottom is weighted so that the tip (which houses the firing trigger) would generally hit the ground first, but that doesn't always work. I wonder the guys at ThinkGeek and Nerf did to make the Nuke more effective? 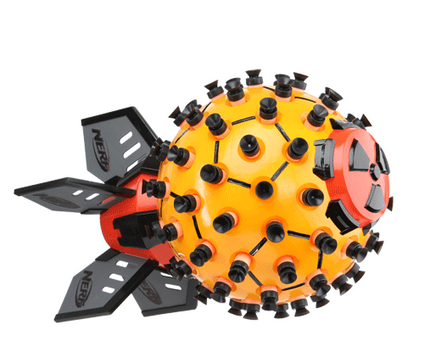 You can see why there's a 100 dollar price tag on this system. Not only have they installed enough tech to launch 80 darts from the warhead, They also built a launcher that will send the device just far enough away to keep you out of the blast zone. It will only go 40 feet though, so you really need to have some backup to cover you while you launch this thing.

I get a kick out of what they categorize this product under. They put in under products for "ThermoNERFular War", playing off of the common mispronunciation of nuclear.

No foolin', this NERF Nuke is the best option to hit a Nerf War in a long time. When you just can't win, now you can! As they say on their site: "When you need to end it, and end it fast, there's no other choice than the NERF Nuke!" You should really consider picking one up. But wait, there's more! Don't resist; click that buy now button to see what I mean! ~Chris