So, warriors, we can collect blasters and talk about the new stuff until we're blue in the face. However, it really comes down to what we can do with what we have. It's also about having fun. Right? So I've been going after an idea. 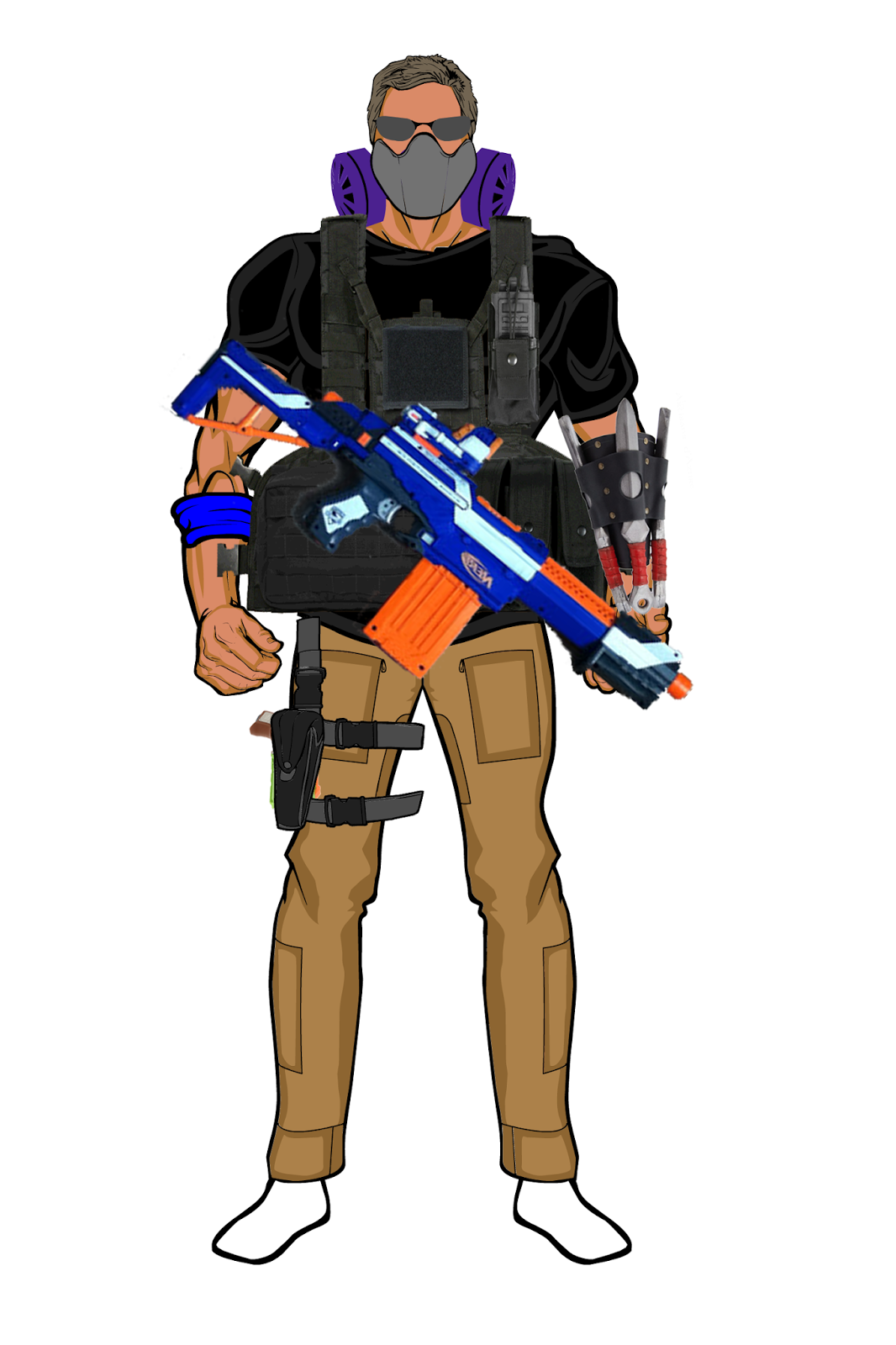 The Scorpius Project is a concept that has been in the back of my mind in one way or another since about a year into Click Click BAMF. We thought about bringing out another channel to look directly into mods and the like. We also thought about making a character for the channel so that the same guys weren't advocating mods on one channel and no mods on another channel. We never made the other channel, so a couple of ideas have been hanging out.

Between meeting the Nerf Ninja at Dart Wars and watching one of Basic Nerf's loadout videos, I've been thinking on and working on a loadout/costume of my own. You can see a photoshop/sketch design I've been working out.

One of my favorite elements of the loadout is the Kunai knife bracer from Calamacil. I hadn't seen any warriors around me incorporating these into their wars, so I just had to give it a try. Check out the un-boxing. We'll have a review coming on that too: