So this is essentially a preview of more video content to come from the folks at Nerf. You can see the N-Strike Demolisher 2-in-1 and the MEGA Thunderbow prominently featured there. The reps at Nerf tell us that there are more unreleased commercials to feature those blasters. 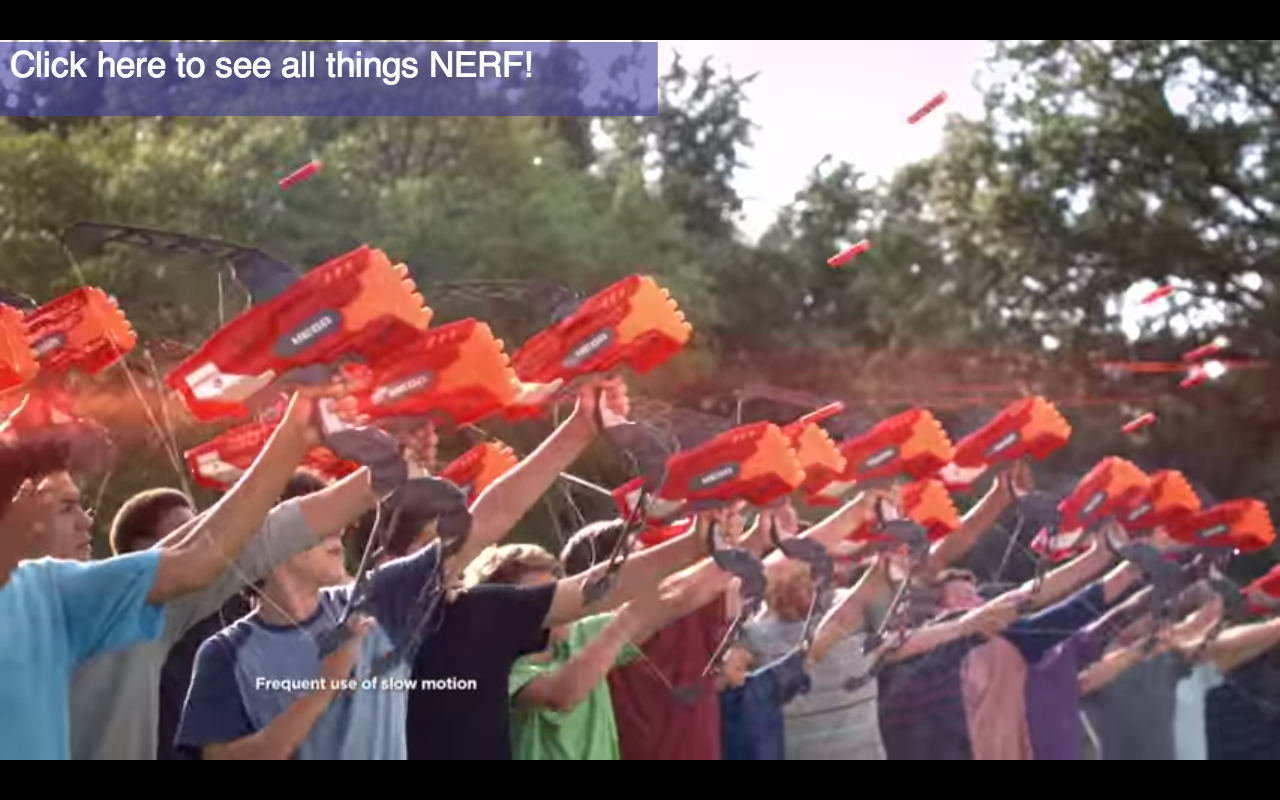 At least one of the MEGA Thunderbow shots lines up with something I was thinking about. Can you imagine having several warriors lined up like archers on a hill during a massive NERF war? Talk about epic.

It's good that Nerf is latching on to the fun kid part of their product. If the commercials follow how this video is laid out, it should be mostly kids having fun in a park. I sure would like to see some more "tacticool" content with that Demolisher though. Maybe we can think up something.

You'll also see older products and content from the previously released videos featuring Dude Perfect and the Super Soaker camo ad. At first I thought one of the shots was the kids as gargoyles until I looked at the Super Soaker ad again. I'm not sure anyone is going to go to that extreme for a camo detail, but at least it could wash off in the war afterward! lol